Movie Review: You Need To Sink Your Fangs Into ‘House Of Darkness’ 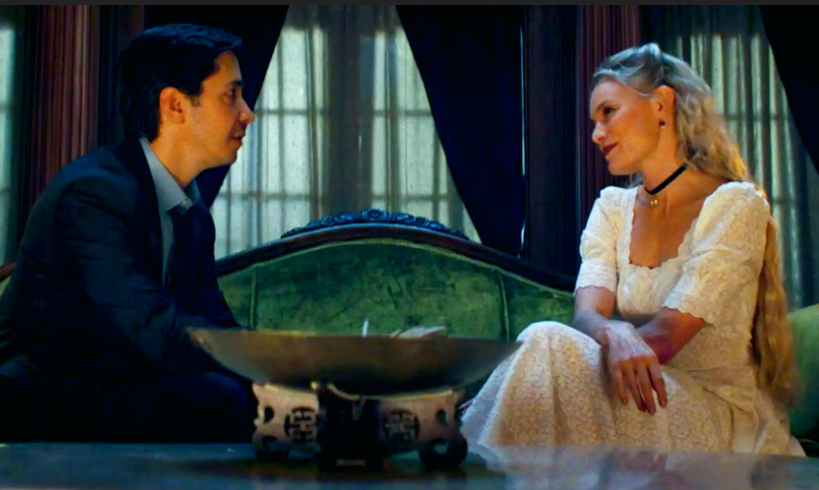 From the moment I hear Justin Long is starring in a movie it automatically goes on my watch list. So when I heard his new movie is a vampire flick, House of Darkness, I just had to sink my teeth into it.

Long stars alongside Kate Bosworth, Gia Crovatin, and Lucy Walters in this vampire tale about a “player” who takes home a woman he just met at a bar. When the two arrive at her mansion he thinks he’s about to get lucky, but in reality, his luck has just run out.

As you’ve probably guessed, I’m a fan of Long’s work, however, his character in this movie is a complete and total douche. We have all met that guy, an asshole who is just out to get laid and will do anything to get his target in the sack. He’s sarcastic and manipulative and way more confident than he should be, that’s the character in a nutshell. I honestly wanted to reach through my TV and punch him in the dick. He’s that obnoxious.

Usually, in a horror film the writer/director attempts to get you to feel sympathy for the character, to bond with them. Not in this one. Writer-director Neil LaBute throws that right out the window. Instead, he pulls a switch. And I ended up cheering for the vampires. It surprised me, but in a good way.

All of the cast did a fantastic job. But my favorite scene from the film features Gia Crovatin (pictured below), giving a several-minute-long dialogue that really serves as the heart of the movie and marks the beginning of the climax. The scene was both intense and heartbreaking, and it was incredibly well delivered. 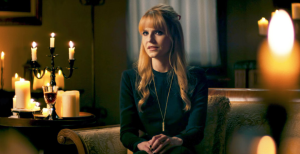 I will say this, be prepared for a slow build. It took a while to get to the action, but it’s definitely worth it. House of Darkness is a fresh take on the subgenre. It is unexpected and delivers a female perspective we don’t get often enough.

House of Darkness, opens in theaters on September 9, 2022, followed by its release On Demand and Digital on September 13, 2022, from Saban Films.