Cinedigm has now released the new trailer for Alex Phillips’ “avant-gutter psychedelic freakout”, All Jacked Up and Full of Worms, as well as announced the premiere date on SCREAMBOX.

In the film, “Working at a seedy motel, maintenance man Roscoe (Botello) is always searching for his latest fix. When he stumbles upon a powerfully hallucinogenic worm, his days of dime-store drugs are over. Along with his new love interest (Dawkins), the pair embark on a delirious odyssey of sex, violence, and becoming one with the dirt.”

An Official Selection of the 2022 Fantasia International Film Festival, where it took home a special jury mention from the festival’s New Flesh competition, the transgressive splatter comedy stars Phillip Andre Botello (The Art of Self-Defense), Trevor Dawkins (Easy), and Betsey Brown (The Scary of Sixty-First).

Cinedigm is also planning a wide digital release of All Jacked Up and Full of Worms on November 8, 2022, followed by an exclusive window on Cinedigm’s indie discovery platform Fandor. Prior to the digital release, the film will screen at a number of celebrated U.S. festivals, including Austin’s legendary genre event Fantastic Fest on September 27th, the Brooklyn Horror Film Festival on October 19th, and the Chicago International Film Festival on October 21st. A limited theatrical release is planned to follow. 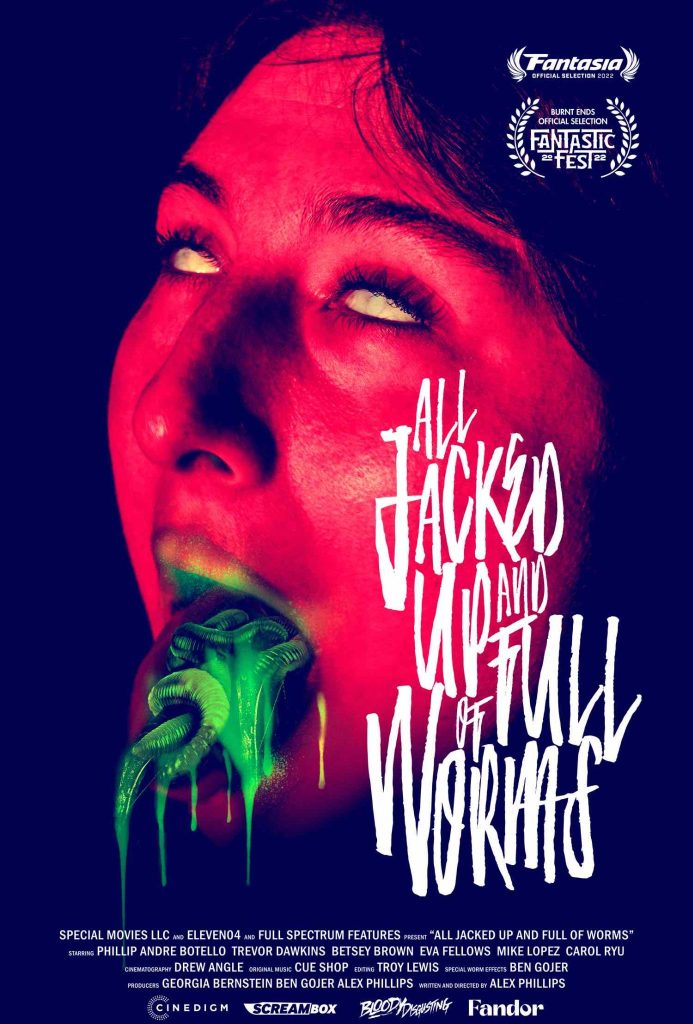 ← Prev: "The Ghost Brothers" Are Back For A Haunting New Season (Trailer) Next: Shudder Acquires Psychological Horror 'Spoonful Of Sugar' Ahead Of World Premiere →