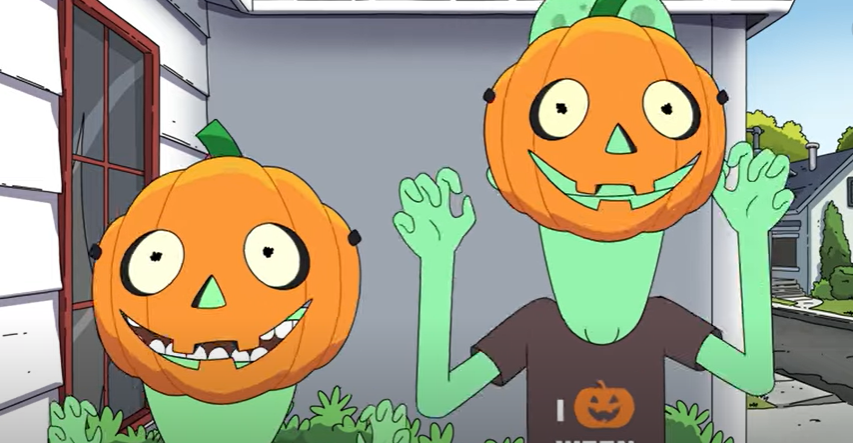 This Halloween things get spooky with our favorite aliens in “A Sinister Halloween Scary Opposites Solar Special!”

Filled with the undead, Lovecraftian horrors, and the Dark Lord himself, the “Solar Special” conjures frights and thrills in its newly released trailer that is guaranteed to put you in the Holloween spirit.

Be sure to check out season 3 of “Solar Opposites,” now streaming on Hulu. Co-created by Justin Roiland (“Rick & Morty”) and Mike McMahan (“Rick & Morty”, “Star Trek: Lower Decks”), “Solar Opposites” centers around a team of four aliens who are evenly split on whether Earth is awful or awesome. Korvo (Justin Roiland) and Yumyulack (Sean Giambrone) only see the pollution, crass consumerism, and human frailty while Terry (Thomas Middleditch) and Jesse (Mary Mack) love TV, junk food, and fun stuff. In season three, this alien team strives to be less of a team and more of a family team.

Tune in for the “A Sinister Halloween Scary Opposites Solar Special!” on October 3rd and watch season three now. 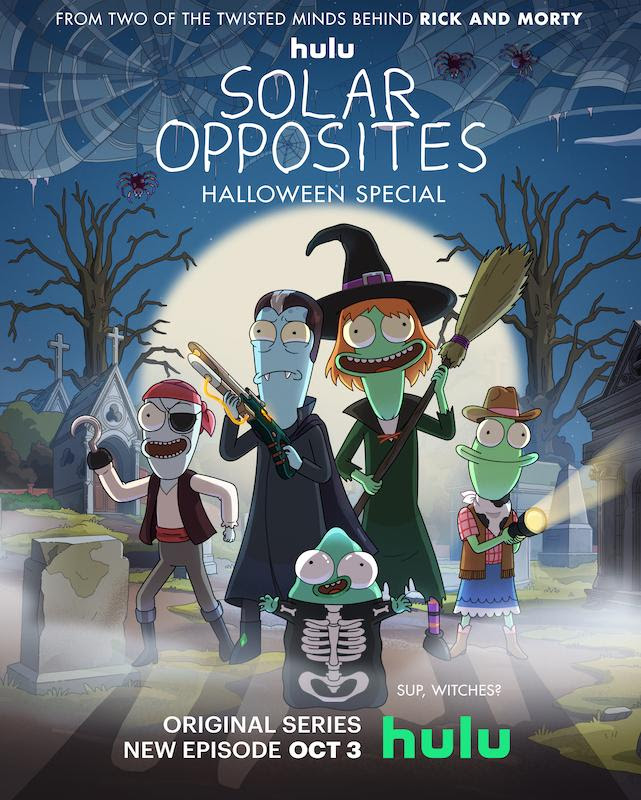 ← Prev: Movie Review: Are The Critics On The Right Track About Bullet Train? Next: Final Creepy AF Trailer For 'Smile' Will Leave You Fearing A Grin →