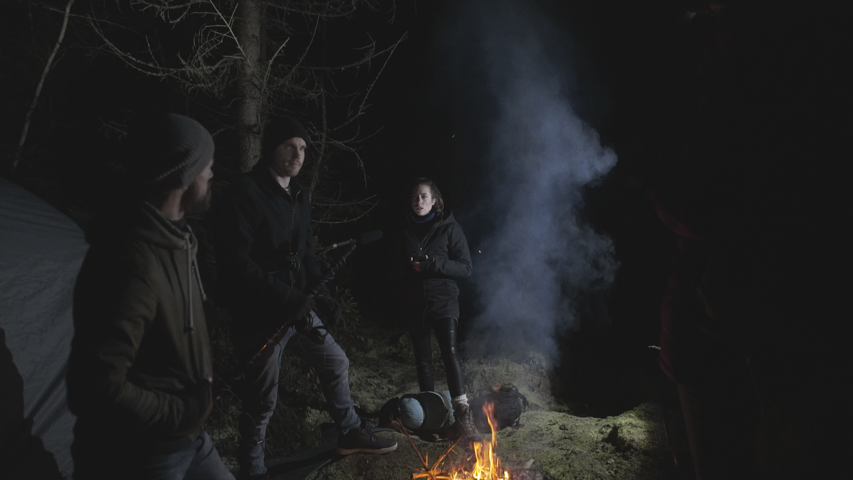 In the found footage film, penned by Nathaniel P Erlandsson, “A mysterious death of a mother and the disappearance of her child leads a group of freelance journalists to the outback of Sweden. The group of four, led by the famous journalist Linn Söderqvist, will make a reportage about the happening and search for leads missed by the police. Equipped with cameras and supplies to survive in the forest for days, they wander out in the woods to find the truth.”

Says director Sundström, “Many years ago when I got my first glance of the second act of Cannibal Holocaust, I felt that faux documentaries was the best ways of touching the audience deep inside. A way to create a genuine feeling through a documentary format and bring the horror out from the screen into the real world. Ever since then I have been an avid found footage fanatic who appreciate the story telling from a POV perspective. To have the slow burn concept where you get to know the characters thoroughly and you are feeling like a part of the story. A style of film where you cannot show more than the characters see. What they know, you know, and what you know, they know.

Reportage November is made for found footage lovers and while writing it we had all aspects and rules of what makes this genre great in mind. A film that focuses on suspense and mystery to bring the viewer to the edge of the seat. We have created a film that is just as much about the slow build-up of the story as the horror. I hope that you enjoy this slow burning thrill that takes place deep in the Swedish outback. “

Reportage November lands on digital and VOD worldwide on October 14, 2022, from Terror Films. 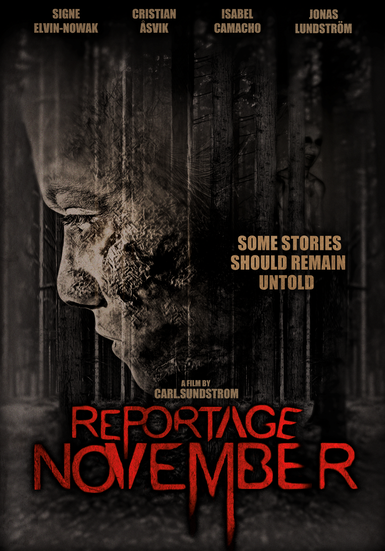