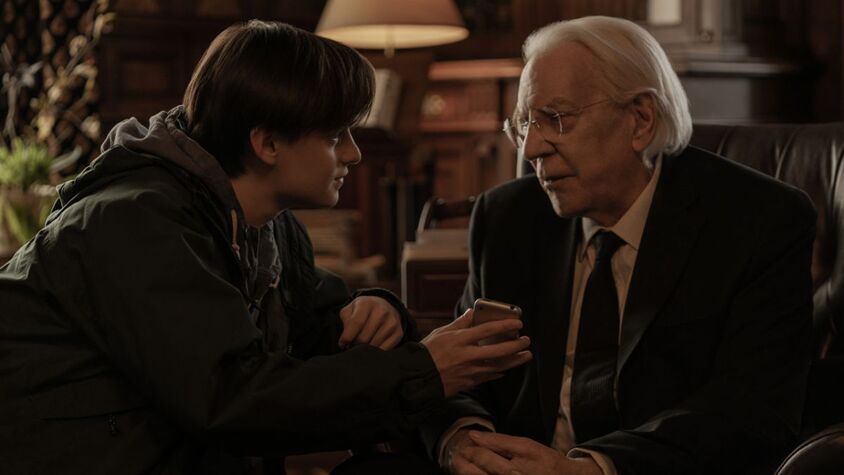 The adaptation of Stephen King‘s tale Mr. Harrigan’s Phone is out today on Netflix!

“Mr. Harrigan’s Phone is about a young boy named Craig, living in a small town, who befriends an older, reclusive billionaire, Mr. Harrigan. The two form a bond over books and an iPhone, but when the man passes away, the boy discovers that not everything dead is gone, and finds himself able to communicate with his friend from the grave through the iPhone that was buried with him.”

Mr. Harrigan’s Phone was featured in King’s recently released collection “If It Bleeds.” The adaptation is from “American Horror Story” creator Ryan Murphy along with Blumhouse. John Lee Hancock (The Blind Side) is both writing and directing.

Watch the ominous film now on Netflix. But first. Check out the trailer.

← Prev: New Extended Trailer For 'Bones And All' Will Give You A Taste Of What's To Come Next: Lund Fantastic 2022: Sweden's Premiere Genre Film Festival Reveals Its First Wave →