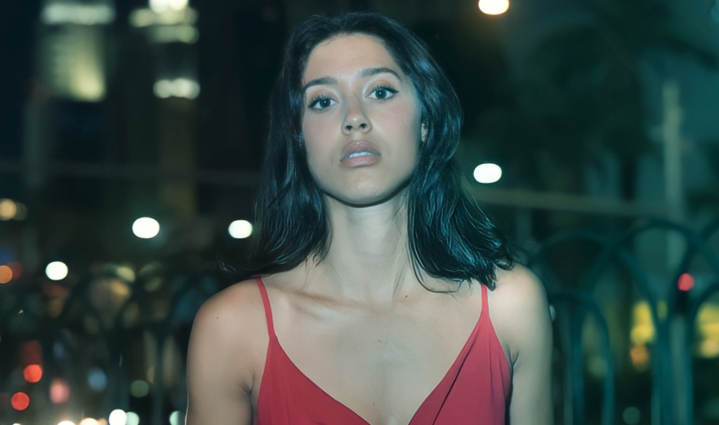 Human trafficking has become a terrifying, horror-filled reality for many, with an average of 600,000 to 800,000 men, women, and children being trafficked every year. Director Larry A. McLean’s new thriller Beyond the Neon follows one woman’s search for her missing sister, a trafficking victim.

“Based on true accounts, a Las Vegas escort is recognized by her sister in a viral social experiment video. Looking to reunite the sisters, and secretly motivated to capture the reunion on camera, Joey Salads and his apprehensive crew are thrown into the dangerous and corrupt world of escorting, documenting every step of their desperate effort to rescue the woman from human sex trafficking in Las Vegas.”
YouTube star Joey Salads appears alongside Cynthia Lucero, Gila Goodman, Marisa Dzintars, Caitlin Carleton, and Frank Pesce in the indie film that opens in theaters on October 14, 2022, followed by its release on VOD on October 18th.
If you are someone you know has been trafficked, please call the National Human Trafficking Hotline at 1-888-373-7888 for help.