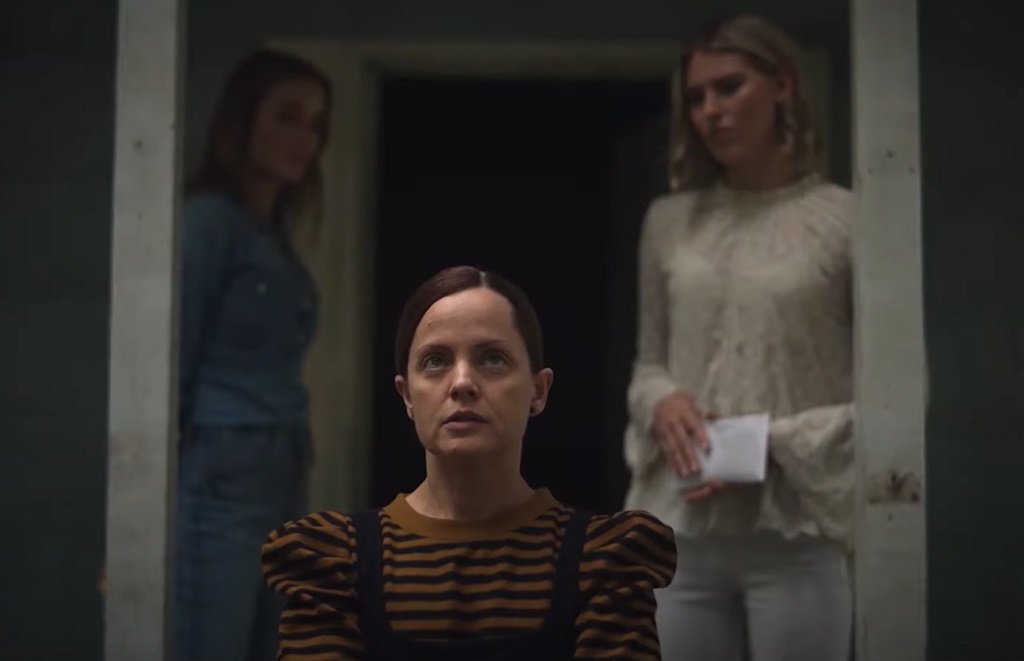 The Accursed (2022) looks great and boasts a fine directorial effort from Kevin Lewis (Willy’s Wonderland, 2021) and good performances, but unfortunately offers nothing new storywise for seasoned or even casual horror-film viewers.

Mary Lynn (Alexis Knapp) and her daughter Sadie turn the supernatural tables on neighborhood witch Ms. Ambrose (Meg Foster). Months later, smalltown escapee Elly (Sarah Grey) returns to her family home because of her mother’s passing. She hopes to sell the house and leave quickly, with her friend Beth (Sarah Dumont) helping out. Elly can’t leave town as soon as she would like, though, and takes a job offered a job by a brusque woman named Alma (Mena Suvari) caring for a catatonic elderly woman who lives in a rural cabin — no surprise, it’s Ms. Ambrose. The usual haunted house/demonic possession tropes occur, yet still Elly remains at the cabin, even after a backstory exposition dump by the returning Mary Lynn.

Lewis does well at the helm, investing the film with impressive visuals and production values. The screenplay by Rob Kennedy is so cliche heavy that any semblance of eeriness or surprise is difficult to maintain, however.

The good news is that the third act gets pretty bonkers. Even though many viewers will be a step ahead of what’s happening on screen, the action, captured nicely by cinematographer David Newbert, provides a good deal of thrills. The cast members all provide commendable performances, led by Knapp standing out as a likable protagonist and Suvari doing impressive work as her character goes from icy to insane.

A supernatural horror film that sometimes feels like a greatest hits parade of ghost and demon movie tropes but looks great doing so, The Accursed, from Screen Media, will be released in theaters and On Demand on October 14, 2022. 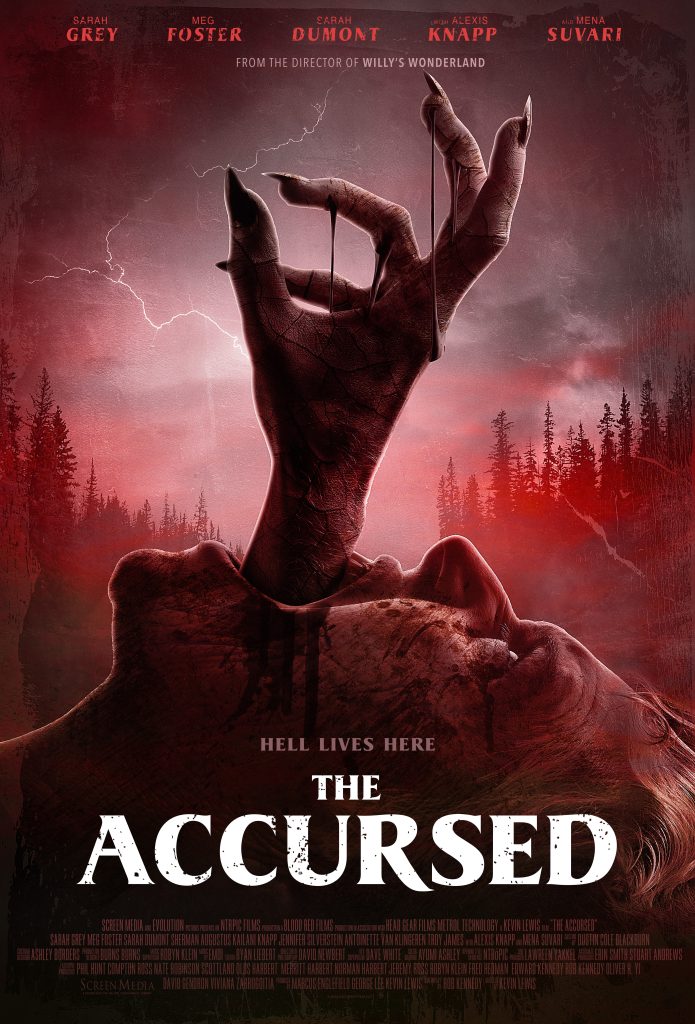