‘Boris Karloff: The Man Behind The Monster’ Limited Edition Out In Time For Halloween 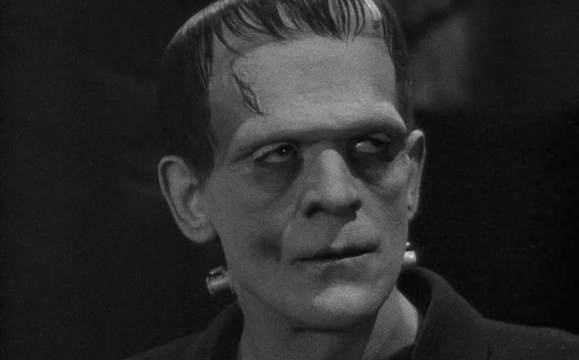 No matter if you’re new to horror or you’re a veteran fan, there is one name everyone knows, Boris Karloff. Just in time for Halloween and the 90th anniversary of his landmark performance in Universal’s 1932 classic The Mummy, Voltage Films in collaboration with Sandpiper Pictures releasing a special limited-edition collector’s version DVD/Blu-ray of 2021’s critically acclaimed, award-
winning documentary feature, “Boris Karloff: The Man Behind The Monster.”

The region-free, dual DVD/Blu-ray version and the separate DVD and Blu-ray editions all feature “Boris Karloff: The Man Behind The Monster” in its 2021 theatrical format, along with the original trailer and optional English subtitles. Previously unreleased bonus content totals 140 minutes and includes the newly-produced 2-hour documentary, “Boris Karloff: The Rest Of The Story,” with even more about Karloff’s film and TV roles, as well as Donnie Dunagan, Bela Lugosi Jr., and Jack Hill sharing Karloff stories that were not in the 2021 film.

Additional extras are the featurettes “Meeting Boris Karloff,” with interviews of film historian Kevin Brownlow, Karloff’s great-nephew Anthony Pratt, and British broadcaster Tony Bilbow, and “Ron’s Story,” about filmmaker Ron MacCloskey’s passion for Boris Karloff. The limited-edition collector’s version dual format DVD/Blu-ray also includes a 16-page behind-the-scenes booklet about the making of the film, with color photographs of memorable off-camera moments and a special essay on Karloff by author Stephen Jacobs. “Boris Karloff: The Man Behind The Monster” is a collaboration between British-based documentary filmmaker Thomas Hamilton and US-based horror historian Ron MacCloskey, and was released in theaters on September 17, 2021, coinciding with the 90th anniversary of Universal’s 1931 “Frankenstein.” The film re-examines Karloff’s career and legacy from a fresh, contemporary perspective and reveals previously unknown details of his life through rarely seen photographs and film footage.

No other name is as synonymous with screen terror as Boris Karloff (www.karloff.com). After finding fame in “Frankenstein,” this versatile, enduring performer continued to break ground in cinema classics and later headlined on Broadway, radio, and TV when Hollywood was tired of monsters. Karloff’s career spanned 50 years, cementing his legacy as a horror film icon (“Targets,” “The Terror”), Tony-nominated stage star (“Peter Pan,” “Arsenic & Old Lace”), and holiday TV favorite (“Mad Monster Party,” “How The Grinch Stole Christmas”).

“The long-awaited DVD debut of this compelling exploration of the life and career of one of the most iconic and prolific stars in motion picture history means Halloween is coming early for horror fans everywhere,” said Gregg Thomas of Sandpiper Pictures.

“Ever since the film premiered, audiences literally have been screaming for more. The DVD format lets us include extra interviews, unseen footage, and untold stories that didn’t make the final cut and aren’t available anywhere else.” Filmmaker Ron MacCloskey added, “This is a lasting tribute to Boris Karloff, and a must-have memento for fans and collectors. Putting this firsthand testimony on DVD keeps his legacy alive.”

“I’m so thrilled that ‘Boris Karloff: The Man Behind The Monster’ is being released on DVD. This year’s 90th anniversary of Universal’s 1932 “The Mummy” is a perfect time to reflect on my father’s legacy, and it’s my hope that audiences of all ages will embrace the film with the same excitement I felt on first seeing it. It is a valentine to Boris Karloff fans, historians, and collectors everywhere.” Karloff’s daughter Sara commented.

Get your limited edition copy of Boris Karloff: The Man Behind The Monster on October 18, 2022. 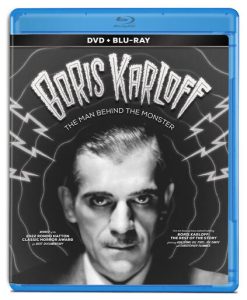 ← Prev: Irish Horror 'Mandrake' Takes Root This November On Shudder (Trailer) Next: This November Uncover 'Something In The Dirt' From Aaron Moorhead and Justin Benson (Trailer) →