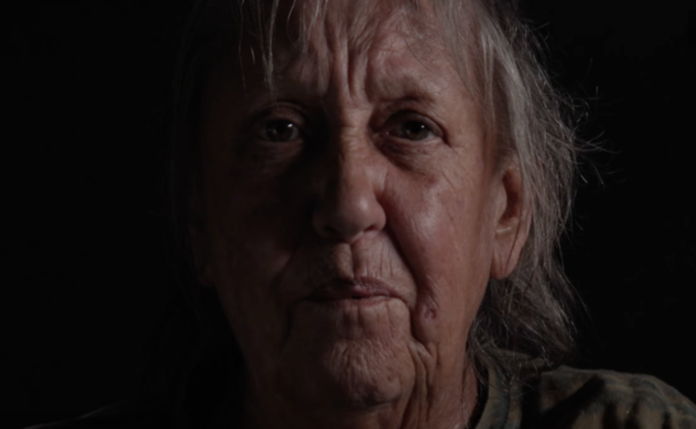 Shelley Duvall, whose last performance was in The Shining, is returning to horror for the first time in more than 20 years to star in The Forest Hills, from writer-director Scott Goldberg (Moirai: The Drifter). Today, the trailer has arrived, teasing a dark, disturbing, and beautifully shot film filled with horrors.

The film centers on Rico, a disturbed man (Chiko Mendez) who is plagued with nightmarish visions after suffering head trauma while camping in the Catskill Mountains. The cast also includes Edward Furlong and Dee Wallace, with Duvall playing Rico’s mother.

“We are huge fans of ‘The Shining’ and it’s honestly one of my favorite horror movies of all time, up there with John Carpenter’s ‘Halloween’ and George A. Romero’s ‘Day of the Dead’ with the dark tones they delivered in their movies, along with perfect scores and elements that make them my personal favorites,” Goldberg said of Duvall’s casting. “Shelley contributed to ‘The Shining’ being an absolute masterpiece by giving her all, and performing in a way that really showcased the fear and horror of a mother in isolation.”

The Forest Hills is produced by Scott Hansen alongside Dreznick Goldberg Productions and Digital Thunderdome Studios, with Goldberg serving as co-producer.

← Prev: New Thrilling Police Series "The Calling" Coming To Peacock From "Big Little Lies" Creator Next: Do Something Different This Holiday Season, Celebrate At The Winchester Mystery House (Schedule) →