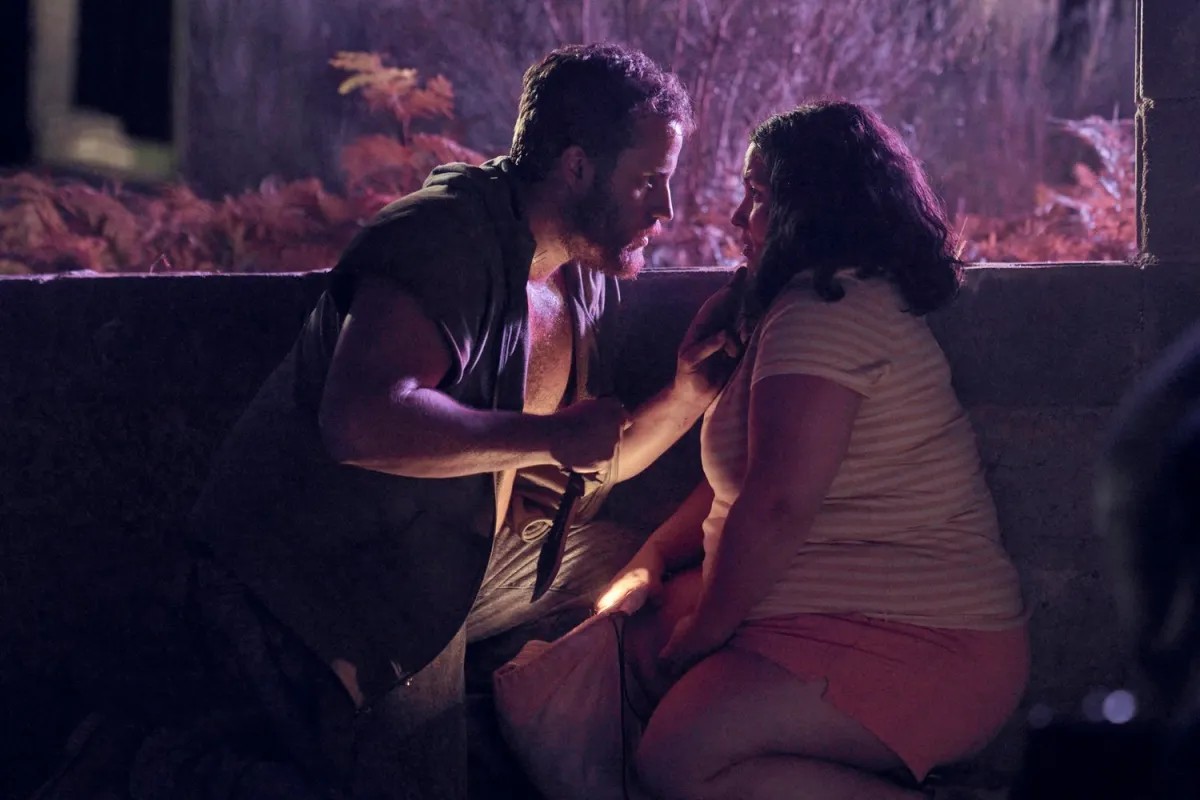 Spanish chiller Piggy (Cerdita, 2022) is a terrific serial killer/coming-of-age/bullying and revenge mash-up that digs in deep on questions concerning doing what’s right, scapegoating, the dangers of a collective mindset, and more. Writer/director Carlota Pereda balances all of these aspects winningly and delivers a blood-soaked feature that leaves plenty to consider throughout the viewing experience and long after.

Laura Galán portrays Sara, a plus-size teenager who helps out at her family’s struggling butcher shop. She is harassed by mean girls Maca (Claudia Salas) and Roci (Camille Aguilar), with the somewhat kinder Claudia (Irene Ferreiro) not participating but not doing anything to stop it, either. When the girls make fun of her at the community swimming pool — also joking about a man (Richard Holmes) who is also at the pool — and steal her clothes after nearly drowning her, it comes as little surprise that she doesn’t report to her parents or authorities after she sees the three girls being taken away in a van by the very same man as they scream for her to help them.

This all happens in the first act of Piggy, which is basically a remake of Pereda’s 2018 short film Cerdita. Pereda expands the short marvelously, focusing as much — and as well — on a character study of Sara as she does on the grue-fueled slasher elements of the film. Sara becomes one of the targets of blame for the girls’ disappearance, as do other characters, as the parents of the kidnapped girls desperately cling to hope of finding their daughters alive.

How much pressure can a teenager take before she cracks — especially when she begins having feelings for the dangerous stranger? Pereda’s script explores this question expertly, with Galán — who was in her mid-thirties when Piggy was filmed but is absolutely convincing as a teenager — giving a brilliant performance that keeps viewers glued to the screen throughout.

One of the most thoughtful horror films of the year, Piggy is a multilayered, thought-provoking work that startles and shocks in multiple ways.

Piggy is currently available on VOD in the United States from Magnet Releasing. 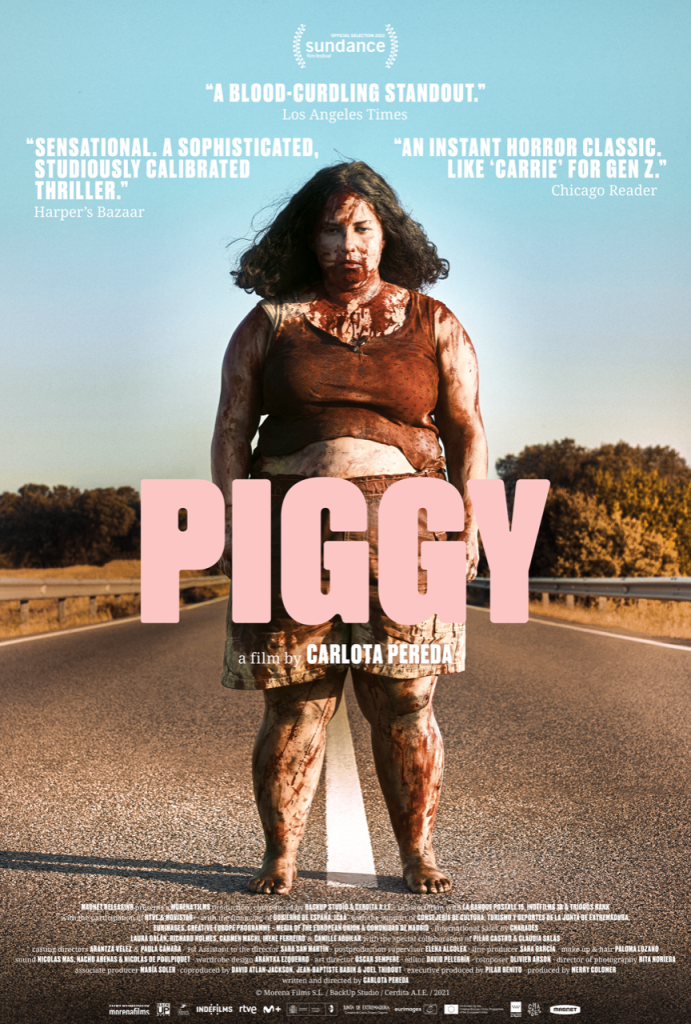 ← Prev: Sink Your Teeth Into The Zombie Flick 'Bridge Of The Doomed' - Out Now Next: Upcoming "Lot Lizard" Horror 'Candy Land' Scores A Release Date →