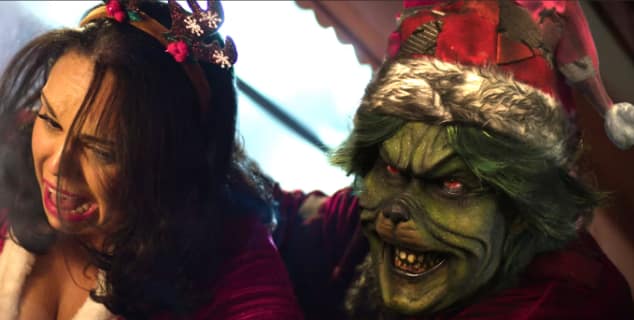 Atlas Film is gearing up to gift horror fans with The Mean One, a new twisted take on the Grinch. This time, instead of making friends and becoming a new and improved Grinch, his hatred drives him to kill. The new trailer has just been unleashed, and it’s f*cking awesome!

In the parody, “The Mean One” (David Howard Thornton, Terrifier 2) lives on a mountain above the town of Newville. Young Cindy You-Know-Who (Krystle Martin), whose parents were butchered by “The Mean One” twenty Christmases earlier, is returning to town to seek closure.  When the ghastly green killer launches a new reign of terror that threatens to destroy Christmas, Cindy finds a bold new purpose – trapping and killing the monster.

The movie is a co-production of A Sleight of Hand Productions, Amy Rose Productions, and Kali Pictures. It is produced by Schumacher, LaMorte, and Martine Melloul, and executive produced by Jordan Rosner, Zach Stampone, and Gato Scatena.

The trailer has yet to be released, but we expect it to arrive this week. While you wait, check out the new poster for The Mean One, opening in theaters on December 9, 2022. 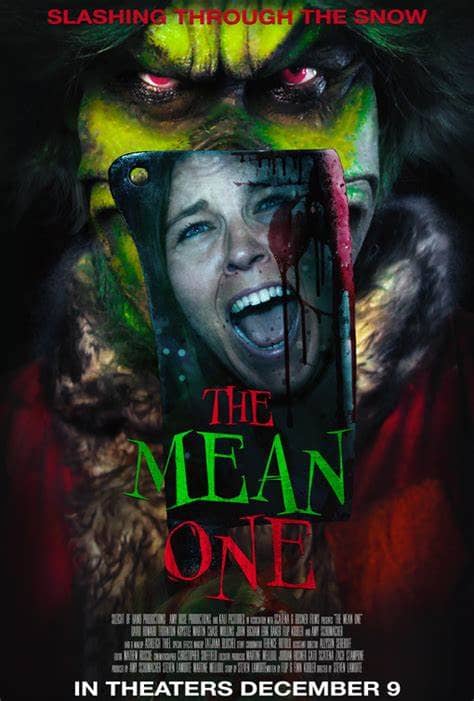