“It’s gonna be weird getting back into that character because I had just turned 13 when we started shooting [Ghostbusters: Afterlife], and now on our [new] set, I’m going to turn 17.”

Mckenna looks very different now, so we assume there will be a time jump, with the sequel being set years after the events of Afterlife. 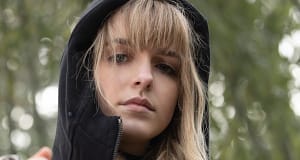 The young actress already has 69 credits under her belt, appearing in series such as “The Handmaid’s Tale” and films like Bad Seed and Gifted, in which she stars opposite Chris Evans.

While many details surrounding the sequel are being kept quiet, director Jason Reitman and writer Gil Kenan have confirmed that the sequel will return to New York City.

So when can you expect to see the sequel? Sony has announced that the release date is December 20, 2023. We’ll keep you posted as we learn more.

← Prev: Horror-Comedy 'The Blackening' Slashes Its Way Into Theaters Juneteenth Next: Find Out What's In The Woods In 'Children Of Silentown' →