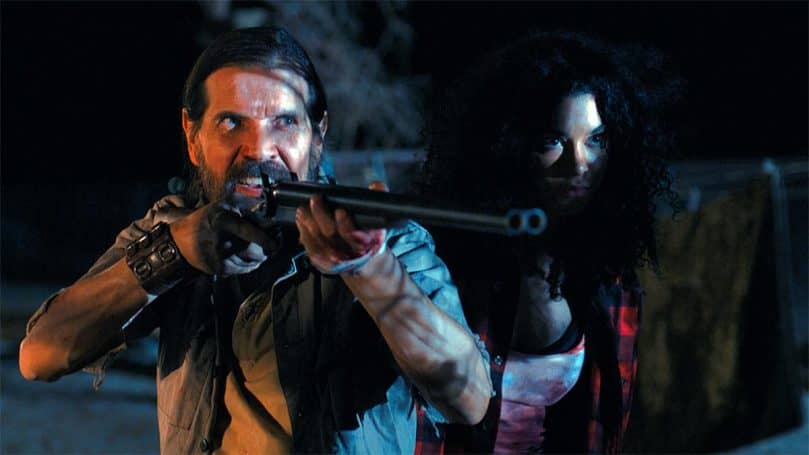 Long-buried secrets surface in the home invasion horror Night of the Bastard, which opens in select theaters and on Digital this January.

In the film, “Disgruntled hermit Reed lives a solitary life in the desert. After chasing away a group of youths trying to party near his home, Reed’s peaceful life is violently upheaved when a group of savage cultists lay siege to his house. Forced to partner up with one of the party-goers, Reed and his newfound colleague must defend themselves into the night, all while long-buried and disturbing secrets are revealed to him as part of the cult’s evil plan.

Dark Sky Films will unleash Night of the Bastard in select theaters, VOD, and on Digital on January 13, 2023.

← Prev: The War Of Angels Comes To Earth This January In 'The Devil's Conspiracy' (Trailer) Next: Stars Talk 'Dungeons & Dragons: Honor Among Thieves' In New Featurette →