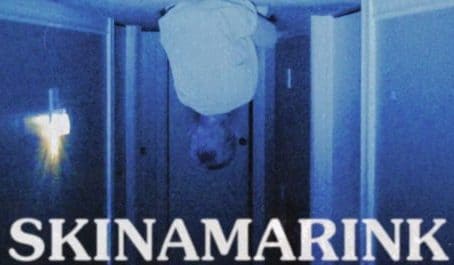 Shudder and IFC Midnight announced today that the theatrical and Shudder debut for the highly-anticipated paranormal thriller Skinamarink is set for this January after its World Premiere at Fantasia Fest and has since taken social media by storm, creating an unprecedented viral sensation.

Kyle Edward Ball, who is making his directorial debut, penned the indie film in which “two children wake up in the middle of the night to find their father is missing, and all the windows and doors in their home have vanished. To cope with the strange situation, the two bring pillows and blankets to the living room and settle into a quiet slumber party situation. They play well-worn videotapes of cartoons to fill the silence of the house and distract from the frightening and inexplicable situation. All the while in the hopes that, eventually, some grown-ups will come to rescue them. However, after a while, it becomes clear that something is watching over them.”

The acquisition deal was negotiated by Emily Gotto, VP of Global Acquisitions & Co-Productions, on behalf of Shudder and Peter Castro of BayView Entertainment, on behalf of the filmmaker.

Skinamarink hits theaters and premieres on Shudder on January 13, 2023, from IFC Films.