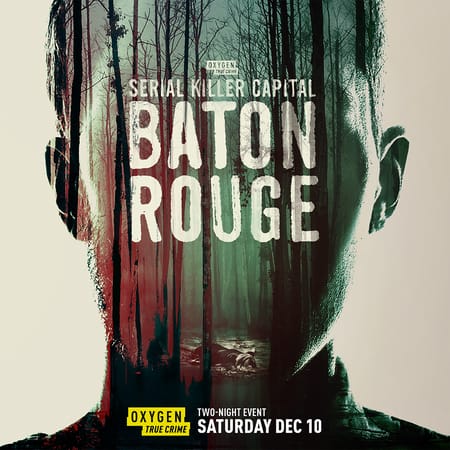 Attention, true crime fans! Next week, “Serial Killer Capital: Baton Rouge” premieres on Oxygen. The two-night special will explore the cases of dozens of women brutally murdered between 1992 and 2004 and will reveal details and the complicated investigation as law enforcement searches for answers and answer the question – was there one or several serial killers at work?

“The beautiful city of Baton Rouge was paralyzed by fear for nearly a decade as 36 women were murdered in erratic and unpredictable ways throughout the city. As serial killers walked free, the horrific murders created confusion and inconsistencies with no pattern or matching victimology. With thousands of false leads and dozens of false suspects, police struggled to profile and pinpoint a killer behind the spree of vicious attacks. Police followed dead end after dead end, but after a terrifying interrogation with a serial killer, combined with uncovered evidence, it was finally revealed that there was not only one serial killer but multiple unrelated, overlapping murderers stalking the bayou throughout the same period. The three-hour special features families of victims speaking for the first time, first-hand survivor accounts, and interviews with law enforcement who eventually find justice for many of the murdered women.”

Oxygen True Crime, the home of high-quality true-crime programming, will air “Serial Killer Capital: Baton Rouge” on Saturday, December 10, 2022, at 9 p.m. ET/PT with a two hour-special and continuing Sunday, December 11th at 9 p.m. ET/PT. Log on to Oxygen to watch the sneak peek.

← Prev: First Look: 'Terrified' Director Is Back With 'When Evil Lurks' Next: Writer-Director Lori Evans Taylor Gets Candid About Her Inspiration For 'Bed Rest' In Our Interview →