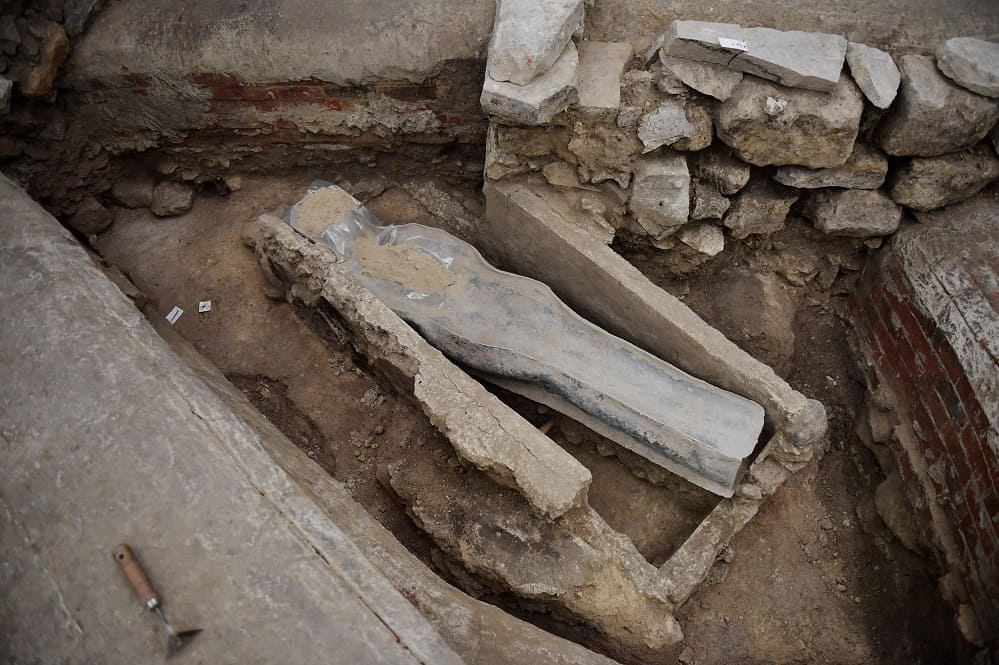 After a fire tore through the iconic historical site Notre Dame in Paris, France, archeologists were shocked to discover, including those in charge of the famed church, a pair of sarcophagi made from lead. This caught the imagination of many as previously mentioned, even those in charge of Notre Dame and who know its history well, were not aware that anyone was buried under the floor of the popular tourist destination.

A few days ago, scientists have finally opened the sarcophagi. Sorry internet conspiracy theorists, no vampires, no lost biblical treasure, all that was inside were the skeletal remains of noblemen, one of which archeologists were able to identify quickly thanks to an epitaph that was preserved within. The owner of the one lead coffin belonged to Antoine De la Porte who died December 24th, 1710 at the age of 83. De la Porte was a Canon, a clergyman who was quite wealthy, in his lifetime he commissioned several works of art that now hang in the Louvre in Paris. He also paid for renovations at Notre Dame while he was alive. His skeletal remains showed that De la Porte enjoyed life a little too much for a clergyman as signs of gout were apparent on his bones as well as signs of a “Sedentary Lifestyle“. 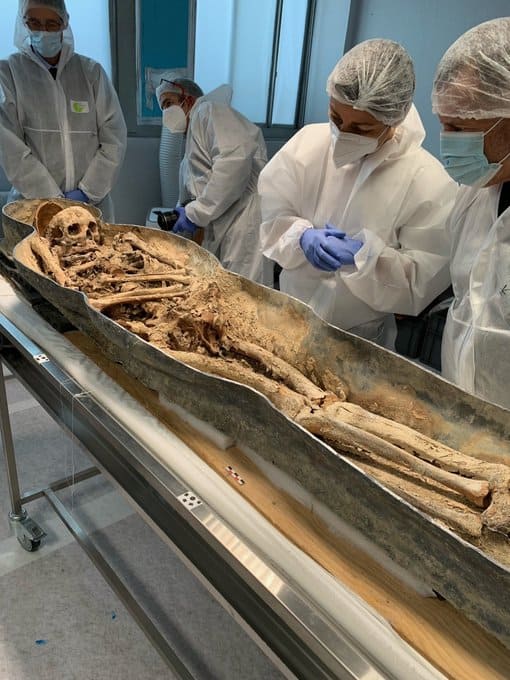 The second lead coffin had the skeletal remains of a younger man between the ages of 25-40. With no name, the archeologists have dubbed him La Cavalier (The Horseman) as his bones showed signs that he rode horses from a young age. La Cavalier showed signs of living in poor health for someone of high status as his teeth were destroyed due to illnesses, he also had an elongated skull as a result of wearing headdresses at a young age. It’s believed La Cavalier died between the 15-16 hundred which adds more to the mystery as his body showed signs of early embalming attempts which were rare in the middle ages but were done for nobility meaning La Cavalier, though in horrific health, was socially important at one time.