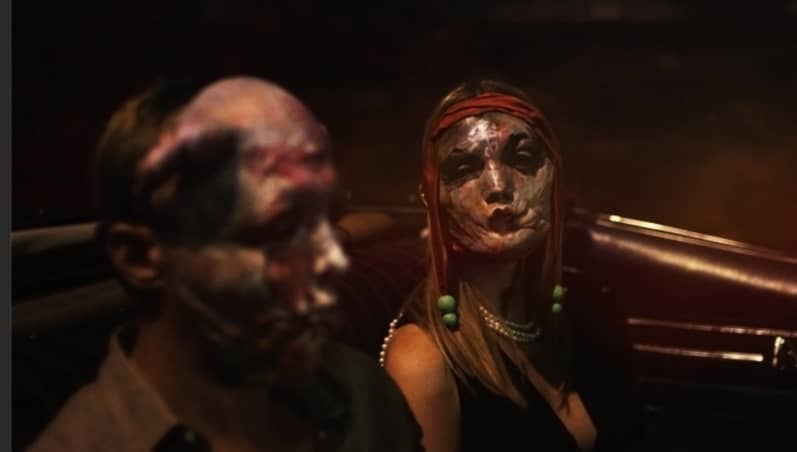 Brandon Cronenberg, whose film Possessor was released in 2020, is back with Infinity Pool, starring Mia Goth (Pearl) and Alexander Skarsgård (The Northman). Today, the film’s new poster has arrived (below).

In the film, “While staying at an isolated island resort, James (Alexander Skarsgård) and Em (Cleopatra Coleman) are enjoying a perfect vacation of pristine beaches, exceptional staff, and soaking up the sun. But guided by the seductive and mysterious Gabi (Mia Goth), they venture outside the resort grounds and find themselves in a culture filled with violence, hedonism, and untold horror. A tragic accident leaves them facing a zero-tolerance policy for crime.”

Infinity Pool will land in theaters on January 27, 2023, from NEON and Topic Studios. 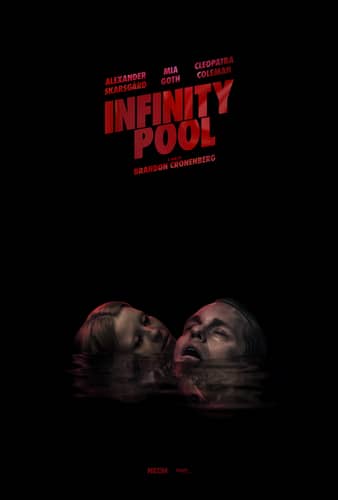 ← Prev: Movie Review:' Mad God' Is Unlike Anything You've Ever Seen Before Next: Survivors Of Crash Get More Than They Bargained For In The 'Bermuda Island' Trailer →