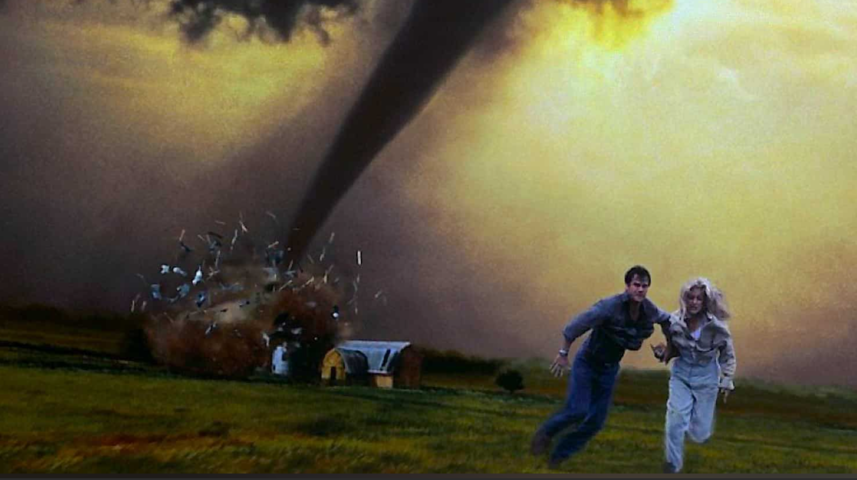 One of the most iconic (and still entertaining) disaster movies ever made is Twister – I mean, they’ve got flying cows, for god’s sake. After nearly thirty years, 26 to be exact, it’s getting a sequel, Twisters.

The script is written by Mark L. Smith, the writer behind The Revenant. Oscar nominee Lee Isaac Chung (Minari) will be in the director’s chair. Frank Marshall (Raiders of the Lost Ark) is producing the movie.

In the original, storm chasers Bill (Bill Paxton) and Jo (Helen Hunt) and their team set out to put their weather alert system, nicknamed “Dorthy,” in the destructive path of tornadoes so they might learn the secrets of tornadoes in order to create a better and faster warning system that would save lives.

Twisters is predicted to touch down in theaters on July 19, 2024. Here’s a look back at the original movie’s trailer.

← Prev: Dave Bautista Demands A Sacrifice In New 'Knock At The Cabin' Trailer Next: Negan And Maggie Roam Manhattan In The First Images From 'Walking Dead: Dead City" →