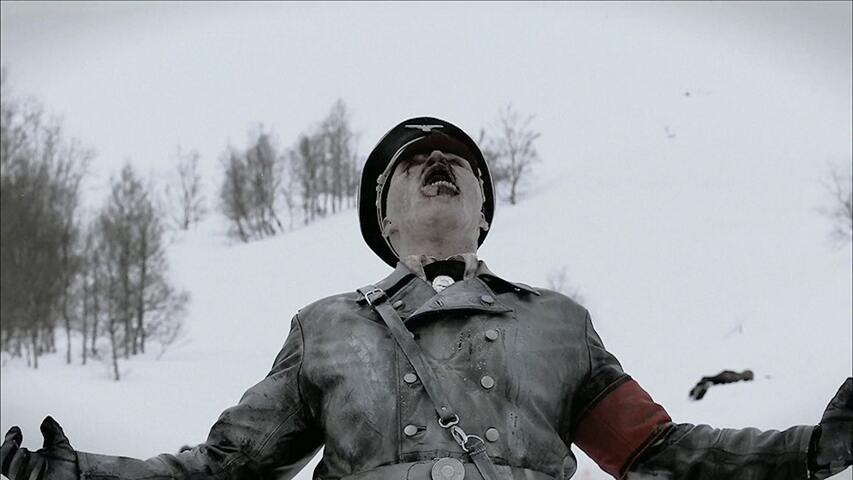 The storm left us all cold as hell and is beginning to loosen its icy grip, but who says you have to leave your warm cozy spot? We’ve got five chilling horror movies to watch while the world thaws out.

John Carpenter’s 1982 classic movie plays against a backdrop of white snow, but things quickly heat up as the scientific team discovers that a shape-shifting alien is among them.

Frozen, by writer-director Adam Green, finds three skiers stranded on a chairlift and are forced to make life-or-death choices, which prove more difficult than staying put and freezing to death.

One of the best zombie movies out there! In the movie, directed by Tommy Wirkola, a ski vacation turns horrific for a group of medical students as they find themselves confronted by an unimaginable menace: Nazi zombies.

If you liked Dead Snow, you’d LOVE its sequel! In the second installment, Dead Snow 2: Red vs. Dead, the only survivor from the first movie is still on the run from a group of Nazi zombies. He seeks the aid of a group of American zombie enthusiasts and discovers new techniques for fighting the zombies.

You should know that Derek Mears, who has played both Swamp Thing and Jason Vorhees, stars in this fun flick with an English dubbed version.

Set in the artic, most of the townspeople have left as the long night (thirty days of darkness) begins. The few remaining residents are besieged by a group of vicious, not romantic whatsoever vampires in one of the best vampire movies ever made.

← Prev: A New Job Turns Out To Be A Real Nightmare In The 'Human Resources' Trailer Next: New 'Toxica' Trailer Teases A Dangerous Outbreak →