Sink Your Fangs Into The Explosive New Trailer For ‘Renfield’

Sink your fangs into the first explosive trailer for the horror-comedy Renfield, starring Nicholas Cage and Nicholas Hoult.

The film, directed by Chris McKay, centers on Renfield (Hoult), who has grown sick and tired of his centuries as Dracula’s (Cage) lackey. The henchman finds a new lease on life and maybe even redemption when he falls for feisty, perennially angry traffic cop Rebecca Quincy (Awkwafina). 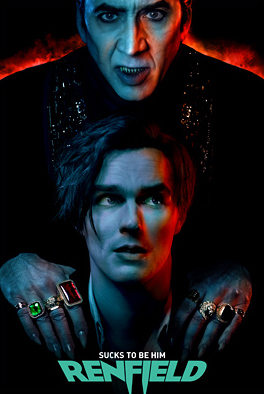 ← Prev: New Trailer For Twisted Thriller 'Daughter' Makes A Kidnap Victim Part Of The Family Next: Two Women Are Hunted By A Cult In The New 'Those Who Call' Trailer →