A Sequel To ‘M3GAN’ Already In The Works? 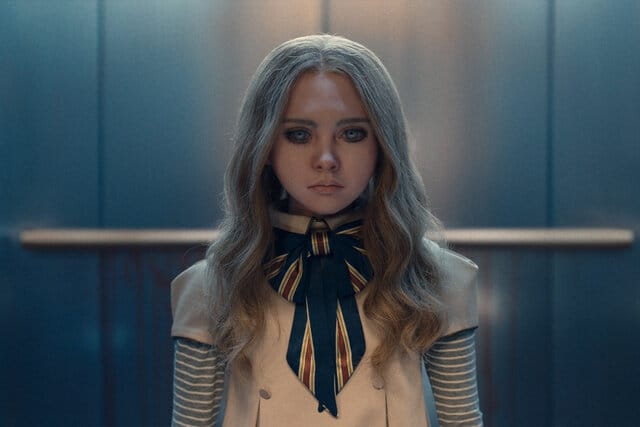 The first month of 2023 is barely underway, and horror is already hit theaters hard. M3GAN is already crushing it, already bringing in $45 million worldwide at box offices just days after its premiere, so it is no surprise that a sequel to the killer doll movie is already reportedly in the works, according to Deadline.

“We heard on Friday, per sources, that a sequel is already in early development.”

Producer James Wan even took to Facebook to tease that the doll will be back for more blood. 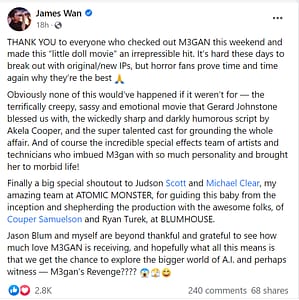 In the Certified Fresh movie, “Gemma is a brilliant roboticist at a toy company that uses artificial intelligence to develop M3GAN, a life-like doll programmed to be a kid’s greatest companion and a parent’s greatest ally. After unexpectedly gaining custody of her orphaned niece, Gemma enlists the help of the M3GAN prototype — a decision that has unimaginable consequences.”

Allison Williams (“Girls”) and Violet McGraw (“Haunting of Hill House”) lead the cast. Ronny Chieng (Shang-Chi and the Legend of the Ten Rings, Crazy Rich Asians) also stars in the movie written by Akela Cooper (Malignant, The Nun 2), which is based on a story by James Wan.

← Prev: The Season Two Trailer For Prime Video's "Carnival Row" Arrives Ahead Of February Premiere Next: Watch Cosmic Horror Short "While Mortals Sleep" Now on Short of the Week →