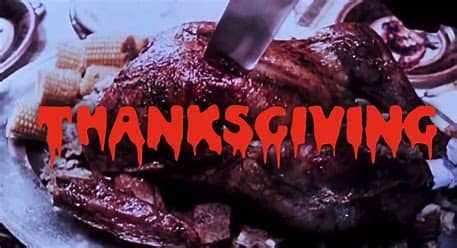 Eli Roth is finally making a feature film based on Thanksgiving, the mock trailer that Roth made for Quentin Tarantino’s 2007 film Grindhouse, Deadline is reporting.

The news comes on the heels of a report that Tim Miller will step in for Roth to do the Borderlands reshoots for Lionsgate so that Roth can work on Thanksgiving.

“The Thanksgiving trailer presented the gory teaser about a pseudo movie in which a slasher makes his carving board out of the inhabitants of a Massachusetts town that makes a big annual fuss over the annual turkey day,” Deadline states. “One of the pivotal scenes involved Roth himself, separated from his head while in the throes of passion with a date in a convertible.”

Shooting is set to begin in March, with Roth directing from the script penned by Jeff Rendell. Roger Birnbaum and Roth are producing the film from Spyglass.

We’ll keep you posted. In the meantime, check out the Grindhouse commercial below that serves as the inspiration for the feature film.

← Prev: How To Set Up A Gaming Room Right The First Time Next: A Man Tries To Find 'The Way Out' In This Thriller's New Trailer →