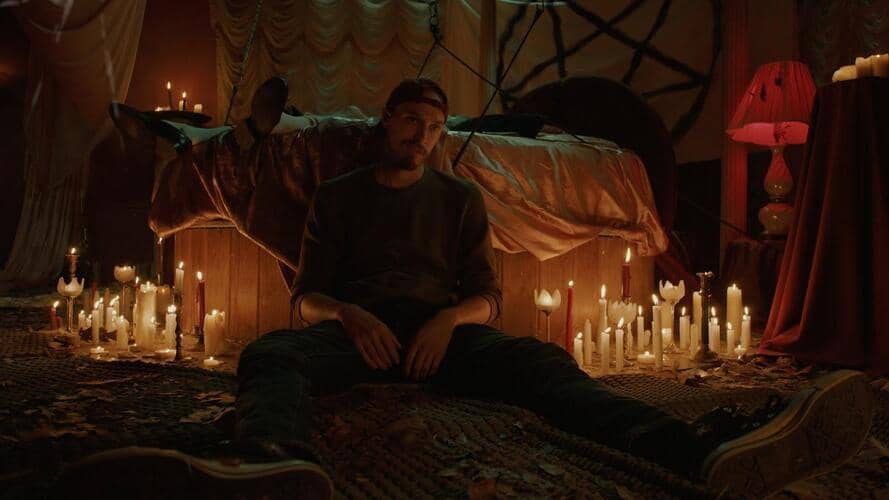 Today, The Horror Collective released the trailer for the frenemy’s horror-comedy, Mean Spirited, and announced its February release date.

In the movie, “A wannabe influencer sets out to bury the hatchet with his celebrity friend, just to find out that he is not quite himself anymore…”

Leading to the release of Mean Spirited on Digital and On Demand on February 7, 2023, The Horror Collective will be posting bonus content on Tiktok and YouTube, expanding the film’s universe.

Shaked Berenson, Executive Producer, and Entertainment Squad’s CEO, commented about the film’s unique digital campaign “it was clear in our festival screenings that Mean Spirited connects particularly with a new generation of horror fans who consume more content on social media. We are planning to meet that audience where they are.” Mixing traditional and social media style footage, Mean Spirited had its world premiere at Frightfest and American premiere at Screamfest.

Director Jeff Ryan told Collider “We are excited to entertain and scare our audience, and we hope they’ll smash that like button, leave a comment below and subscribe. Remember, someone’s soul is on the line…”

Co-writer and producer Joe Adams added: “Falling out with friends is an experience most people know all too well. Mean Spirited shines a light on such heartache with a fun, fresh angle on the cabin-in-the-woods genre. In the age of social media, our movie explores the skewed lines between what’s real and what’s a show for the camera.”

← Prev: Martial Arts Masters And Zombies Collide In The 'Johnny Z' Trailer Next: New Trailer For Action-Thriller 'The Stalking Fields' Explores A Cure For PTSD →