Johnny is half human and half zombie; his blood may very well cure the zombie epidemic. After escaping a medical prison called Nordac, he comes under the guidance of Grandmaster Jonray and his brother Crisanto. This sets Johnny on a path using his martial arts skills to find a doctor who can create the cure; while also helping his master to fight some personal demons.

“Johnny Z has been a passion project of mine for over ten years and I know audiences will dig it. It’s straight action horror with tons of gore!”. Director Jonathan Straiton (Night of Something Strange) has stated. 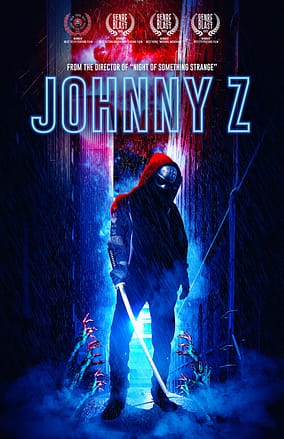