Based On Irish Lore, ‘Unwelcome’ Is Coming To Theaters (Trailer) 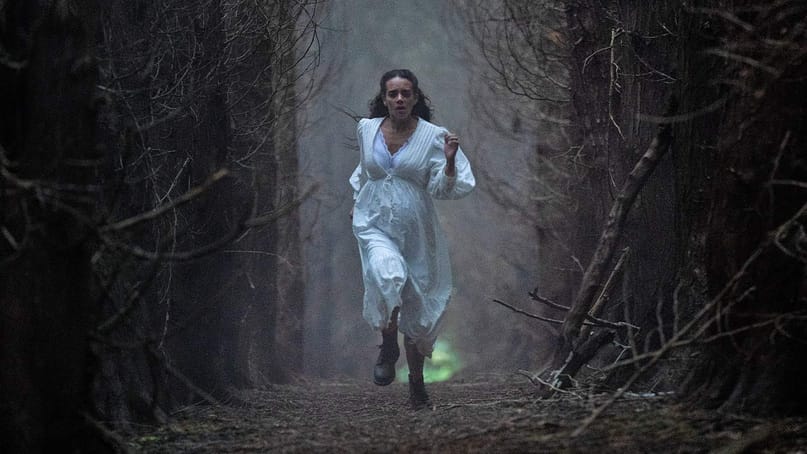 Kelli Marchman McNeely is the owner of HorrorFuel.com. She is an Executive Producer of "13 Slays Till Christmas" which is out on Digital and DVD and now streaming on Tubi. She has several other films in the works. Kelli is an animal lover and a true horror addict since the age of 9 when she saw Friday the 13th. Email: [email protected]
There is a price that must be paid in Unwelcome, from Irish director Jon Wright (Grabbers, Robot Overlords). Written by Mark Stay, the film is inspired by dark Irish lore.
In the film, “A couple escapes their urban nightmare to the tranquility of rural Ireland only to hear stories of mysterious beings who live in the gnarled, ancient wood at the foot of their new garden. As warned by their new neighbors, in Irish lore, the Redcaps will come when called to help souls in dire need of rescue, but it’s crucial to remember that there is always a dear price to pay for their aid.”
Mark Stay stars along with Hannah John-Kamen (Black Mirror, Ant-Man and The Wasp, Ready Player One) and Douglas Booth (hit Netflix film The Dirt, Jupiter Ascending, Pride and Prejudice and Zombies).
Produced by Piers Tempest, Unwelcome opens in select theaters on March 10, 2023, from Well Go USA.