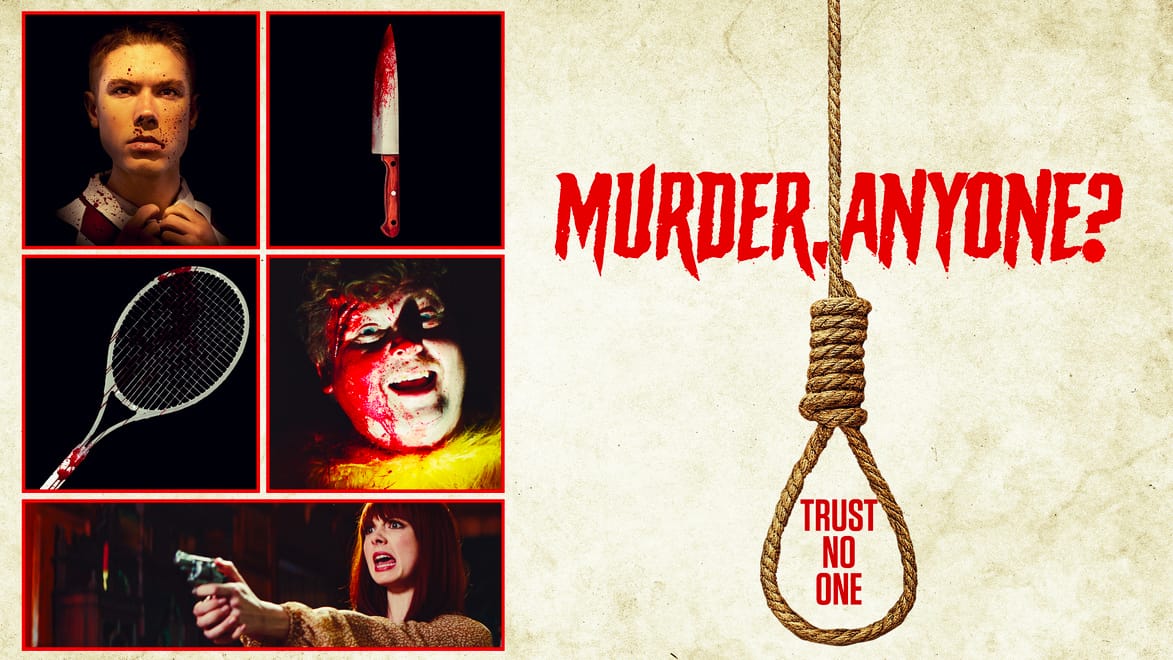 Director James Cullen Bressack’s well-received film Murder, Anyone?, based on the play by the filmmaker’s late father, Emmy-award winner Gordon Bressack, will be released this February.

The feature, an exciting new horror comedy concept about manifestation, stars Kristos Andrews (“The Bay”), Galadriel Stineman (“The Middle”), Maurice LaMarche (“Pinky and the Brain”), Spencer Breslin (The Kid, Zoom), and Oscar nominee Sally Kirkland. In it, two Playwrights are tasked with creating the next avant-garde thriller; but as they write, the story comes to life, and their own emotions and arguments begin to manifest on film.

“Adapted from the stage play of the same name, James brings MURDER, ANYONE? to the screen in brilliant, beautiful fashion.” said Keith Leopard, President Uncork’d Entertainment. “The film isn’t just a love letter to unique horror-comedies from the likes of Joe Dante and Kevin Smith but to the talented Gordon, James’s father. He’d be proud of the result.”

James Cullen Bressack is known for films such as Survive the Game and Fortress, both star Bruce Willis, the dark thriller Captors, Limelight, the horror film Pernicious, and many more.

Murder, Anyone? will be available on Digital and On Demand on February 7, 2023, from Uncork’d Entertainment.