New Teaser Reveals “Chucky” Will Return For A Third Season 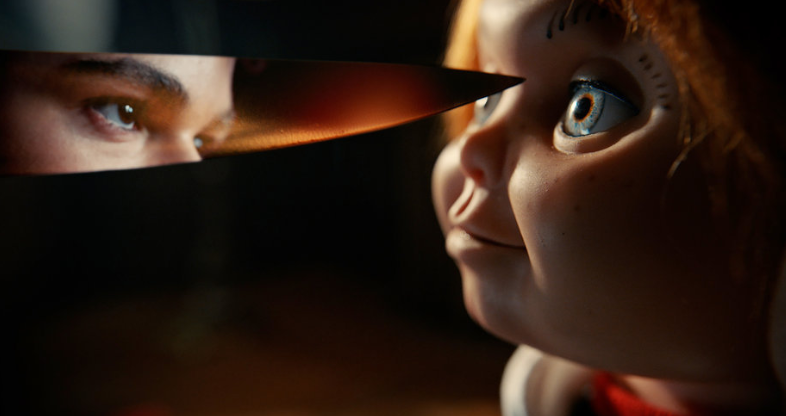 Our favorite possessed doll will be back; USA and SYFY’s hit series “Chucky,” which ranks as one of the top 10 cable series for 2022, has been renewed for a third season!

In season three, “Chucky crosses paths with archenemies, old allies, and new prey as he seeks to inspire fear and mayhem wherever he goes. After his diabolical plan to invade America’s children’s hospitals was foiled in season one, Chucky now seeks revenge on those he holds responsible: surviving teens Jake (Zackary Arthur), Devon (Björgvin Arnarson), and Lexy (Alyvia Alyn Lind), along with his ex Tiffany, now his sworn enemy. Meanwhile, can “Jevon” make it as a couple in the face of adversity at their new Catholic school, not to mention a brand-new onslaught of terror from the demon doll?”

We expect Brad Dourif (the voice of Chucky) and Jennifer Tilly (Jennifer, the voice of Tiffany) to also return for the new season.

“The cast and crew of ‘Chucky’ would like to thank fans and critics alike for their overwhelming response to season two, which we’re delighted to announce has now spurred the official greenlight on season three. This news has made Chucky very happy. Thank Damballa for that because otherwise, Chucky would have been frankly impossible to deal with. Many thanks also to our partners at SYFY, USA, and UCP for helping us keep Chucky busy. See you in 2023 for what Chucky himself promises will be his scariest season ever,” said executive producer Don Mancini.

Catch up on seasons one and two of “Chucky” now on USA, SYFY, or Peacock.

← Prev: Film Review: Death Knot Next: Sink Your Fangs Into The Teaser For Season Two Of "Reginald The Vampire" →