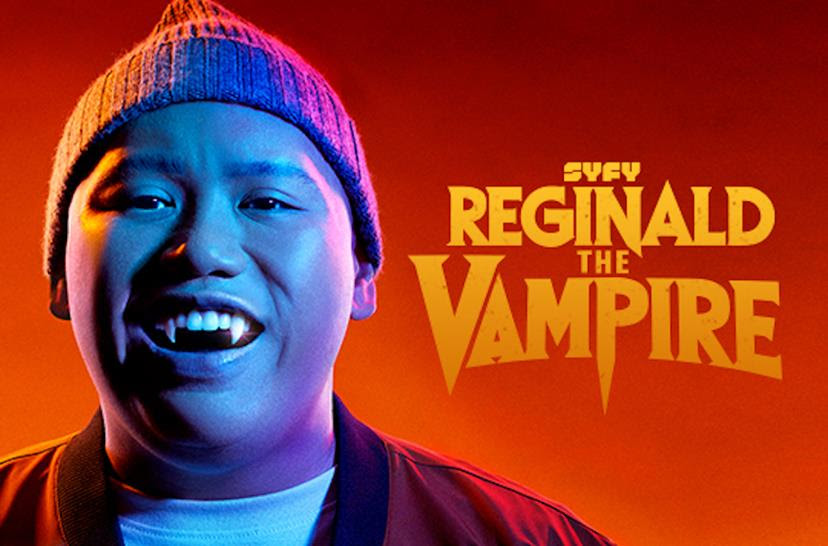 SYFY and USA have announced that ” Chucky ” will not only”y” get a new season, but “Reginald the Vampire” will also. The news came with a teaser trailer that announced that the series has been renewed for its second season.

The series, which is ranked as cable’s number two drama in the Wednesday 10 pm slot, is based on the book series by Johnny B. Truant.

Season one is “set in a world populated by beautiful, fit, and vain vampires. Reginald Andres tumbles headlong into it as an unlikely hero who will have to navigate every kind of obstacle – the girl he loves but can’t be with, a bully manager at work, and the vampire chieftain who wants him dead. Fortunately, Reginald discovers he has a few unrecognized powers of his own. A new show with a lot of heart and just enough blood, “Reginald the Vampire” proves the undead life is just as complicated as life itself.”

In our interview with stars Mandela Van Peebles and Savannah Basley, we discuss the series, body positivity, the relationships between characters, and much more. Be sure to check it out.

“The only thing better than getting the opportunity to make a season of television with SYFY is to get the opportunity to do it again,” said executive producer Harley Peyton. “All of us – cast and crew, writers, producers, and  — can hardly wait.”

We’ll let you know as soon as a premiere date is announced; in the meantime, check out the announcement teaser if you haven’t seen season one, head over to SYFY, USA, or Peacock to watch it now.

← Prev: New Teaser Reveals "Chucky" Will Return For A Third Season Next: Game In Comfort With The Valari Pillow →