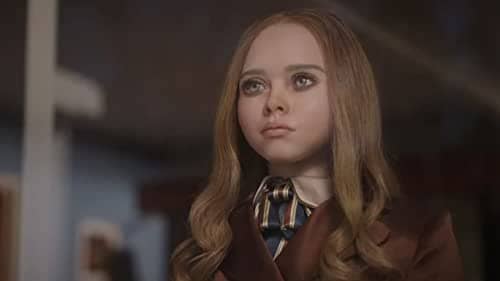 M3GAN is killing it in theaters, so it’s not much of a surprise that a sequel is already in the works, titled M3GAN 2.0, which has now officially been announced by Blumhouse and Atomic Monster. MWhat’soreover, the premiere date has already been announced for the winter of 2025.

Allison Williams and Violet McGraw will return for the sequel, with Akela Cooper (Malignant, M3GAN) back to write and direct. James Wan is back on board to produce.

In the original, which is still in theaters where it brought in over $100 million in its first week, “Gemma is a brilliant roboticist at a toy company that uses artificial intelligence to develop M3GAN, a life-like doll programmed to be a kid’s greatest companion and a parent’s greatest ally. After unexpectedly gaining custody of her orphaned niece, Gemma enlists the help of the M3GAN prototype — a decision that has unimaginable consequences.”