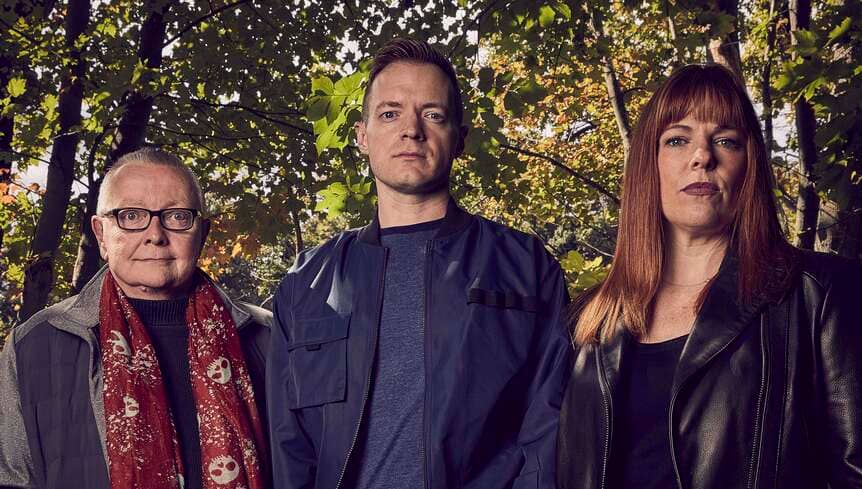 Amy Bruni, Adam Berry, and Chip Coffey undertake a case of biblical proportions when a distressed widow calls for help after an explosion of paranormal activity in her Pittsburgh home. Are spirits attached to an old family bible, or is her late husband to blame for the haunting?

Amy Bruni, Adam Berry, and Chip Coffey investigate a freighter that once sailed the Great Lakes and now serves as a floating museum. Something lurks onboard the massive ship, and it’s becoming more aggressive. Could the ghostly activity be tied to artifacts from one of the worst shipwrecks in American history?

Paranormal investigators Zak Bagans, Aaron Goodwin, Billy Tolley, and Jay Wasley continue their terrifying travels to haunted destinations in GHOST ADVENTURES, where they meet with locals, eyewitnesses, and experts in an attempt to piece together the haunted history of each site. They then begin their “lockdown” investigation, using the latest scientific gadgets and technology to obtain physical evidence of the paranormal and uncover the truth behind each haunted mystery. [Hour-long episodes]

Zak Bagans and the crew respond to a paranormal crisis in Las Vegas. Under constant attack, a grieving widow fears a dark entity has possessed her. The investigation turns shocking when her daughter reveals a deadly hex may have been placed on them.

Zak Bagans and the crew investigate rampant paranormal activity at a once-blissful joint compound outside of Las Vegas known as Ranch Island. When dark energy overcomes Bagans, the team fears he may be in danger from a spirit trapped on the property.

“Positive Attachment and The Girl in the Pub” – Premieres Saturday, February 4 at 9 p.m. ET/PT

An aggressive ghost makes a couple fear their unborn son’s future. Paranormal investigators contact the spirit of a young girl in a haunted pub. And a fantastic capture of an elderly lady leaves two mediums shaken to their core.

A visit to an old jail turns nasty when a demonic spirit takes hold of an amateur ghost hunter. A vengeful doll threatens to burn the house down at any opportunity. And two intrepid explorers get the fright of their lives in an abandoned hospital.

Asha has been plagued by a dark, sinister figure causing her pain and suffering, and her daughter, Zaria, believes a curse has been inflicted. The team takes on their most challenging case as they try to identify and banish the demonic entity.

Peter and Candida, who run The Old Vicarage Hotel in Bridgwater, have been inundated with reports of paranormal activity from terrified guests and staff. But with 800 years of history attached to the building. Will the team be able to unravel who is there and what they want?