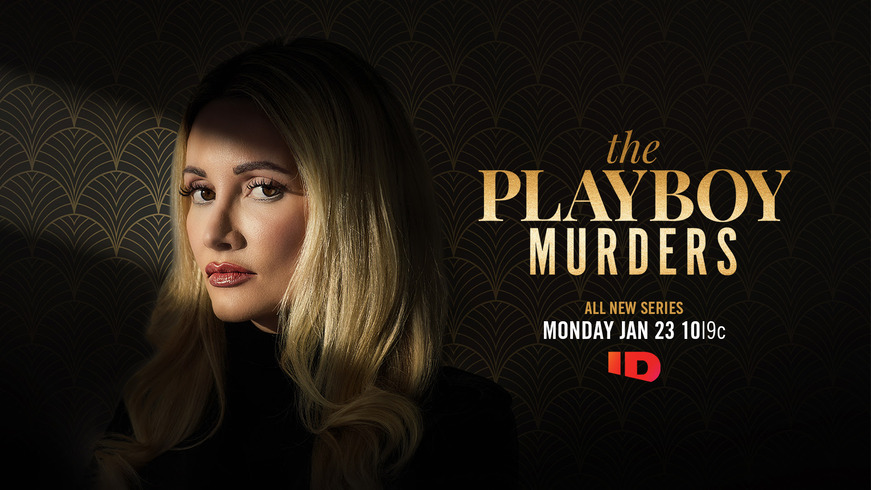 Like Always, ID remains one of the top spots for true crime. Today we’ve got a new clip from their all-new series “The Playboy Murders,” premiering in just a few days. In the clip, the body of a murder victim Jasmine Fiore is discovered and identified.

In “The Playboy Murders,” ID unveils the dark side behind the adult men’s magazine. The six-part anthology series recounts murders and mysteries that intersect with the world of Playboy. and is hosted and executive produced by the most well-known former Playboy Bunny, Holly Madison.

ID bares it all with “The Playboy Murders,” revealing tragedies that span decades of the once-iconic brand. In the premiere episode, “Bunny Meets Bachelor,” airing January 23 at 10/9c, after a Playboy party hostess and model is found dead and dismembered in a dumpster, it ignites a tabloid media frenzy. As police investigate her romantic partners, Jasmine Fiore’s husband, a VH1 reality star, heads for the Canadian border.

Episodes include the story of Stacy Arthur, the middle-American mom who spent hours on Playboy’s premium 1-900 number, attracting one fan’s fatal obsession; the Playboy Club romance of Carole Gold and husband Charles that leaves a Bunny behind bars; the story of former Playboy cyber girl Christina Carlin-Kraft whose promising future is dashed after a night out on the town; and more.

“Starting this January, ID is moving right into the center of the pop culture conversation by unpacking how fascination with celebrity can quickly twist into an obsession with devastating results,” said Jason Sarlanis, President of Crime and Investigative Content, Linear and Streaming. “From executive producer Holly Madison, THE PLAYBOY MURDERS gives first-person insight far beyond the glamour of the magazine into the dark side of the iconic Bunny ears.”

← Prev: New Exclusive Clip From 'The Way Out' Finds Star "A Little Freaked Out" Next: Discovery+ And Travel Channel Highlights January 30 - February 12th →