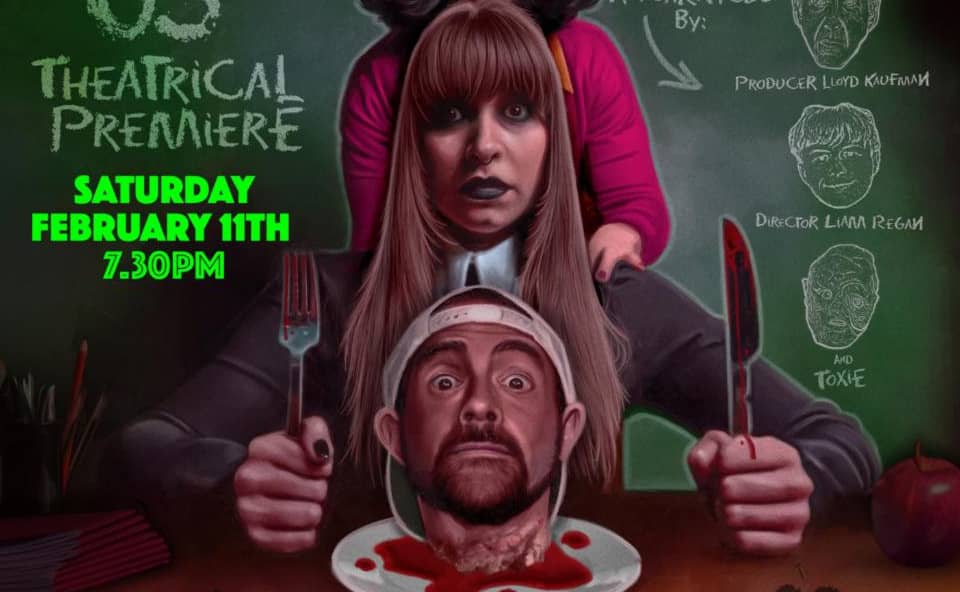 Troma’s Eating Miss Campbell is about to begin its theatrical run, with “Silent Bob” himself, Kevin Smith, hosting the premiere. Both director Liam Regan and producer Lloyd Kaufman will also be in attendance for a Q&A.

Eating Miss Campbell “follows a vegan-goth high school student who falls into a taboo relationship with her new English teacher and soon develops a problematic taste for human flesh.”

“Heavily Influenced by the work of producer Lloyd Kaufamn, filmmaker Liam Regan has crafted a British Troma film where teenage crushes and cannibalism collide, a gut-busting and gore-soaked comedy horror that pushes about every boundary socially constructed.”

Eating Miss Campbell premieres on Saturday, February 11th, at Smodcastle Cinemas in Atlantic Highlands, New Jersey. Get your tickets now. The movie will have an extended-release following the premiere. 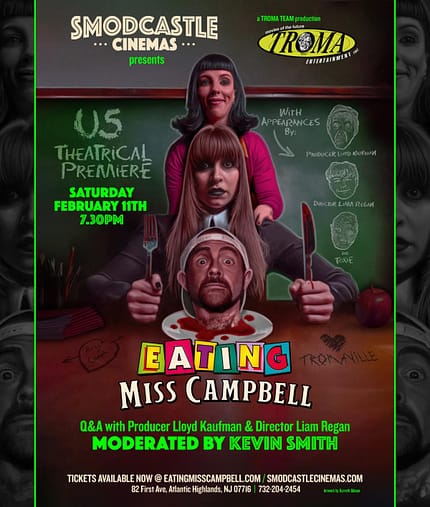 ← Prev: The Zombies In HBO's "Last Of Us" Are Based On Something Real! Next: Movie Review: 'Skinamarink' Isn't For Everyone →