The Zombies In HBO’s “Last Of Us” Are Based On Something Real! 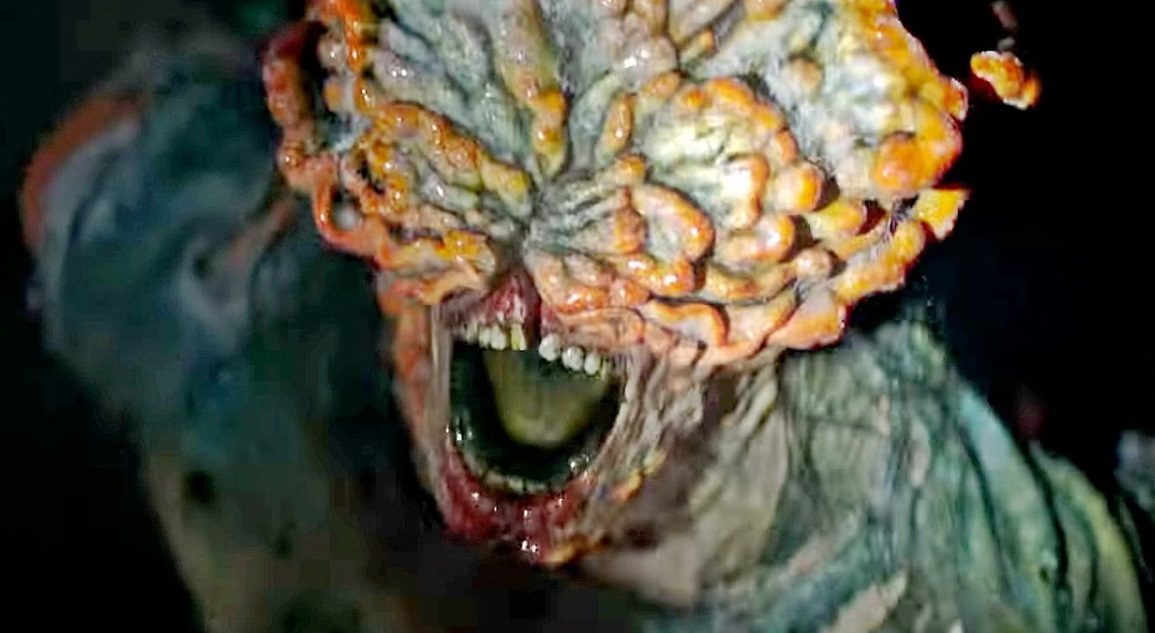 Odds are, by now, you’ve seen the first couple of episodes of the “Last of Us” adaptation, and let’s be honest, it’s fantastic!

“The series is set twenty years after modern civilization has been destroyed. Joel, a hardened survivor, is hired to smuggle Ellie, a 14-year-old girl, out of an oppressive quarantine zone. What starts as a small job soon becomes a brutal, heartbreaking journey, as they both must traverse across the U.S. and depend on each other for survival.”

Right off to bat, you are probably wondering about the show’s gnarly zombies. The zombie infection is not a virus that morphed like we’ve seen in movies and series a thousand times. Instead, we get these crazy fungi-face creatures created by a fungus, Cordyceps, to be exact. Now here’s the terrifying part: Cordyceps are a very real thing.

In reality, Cordyceps, a parasitic fungus, infects its hosts, usually small insects, turning them into real-life zombies by controlling their host’s actions, to spread its spores. A creature is infected but continues its life until the fungus takes over. The Cordyceps signal the host’s brain to find a tall plant, and the fungus branches out of the creature to form arms so its spores can infect its next unsuspecting victim who has the bad luck of coming in contact with it. Of course, this kills the host, but no worries, the spores spread to new ones quickly, and the cycle begins again. It’s pretty perfect for a zombie series if you think about it. 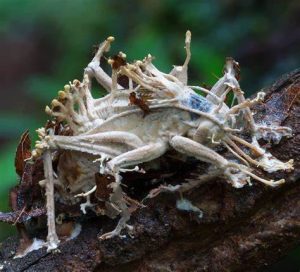 The corpse of a grasshopper that has been infected and has come to the end of the cycle.

So how did the outbreak begin in the series? Pedro Pascal (The Mandalorian) stars as Joel, and in the first episode, a news program can be heard in one scene that reports that there is trouble in Jakarta, Indonesia, which in real life is home to the biggest flour mill in the world. Joel hears this as he and his daughter search for the ingredients to make pancakes but they are out. They almost got infected. Luckily, they also passed on the neighbors’ biscuits and cookies, and Joel forgot the cake. The world’s flour supply had been tainted by Cordyceps, turning millions into zombies…or shall we call them “Cordys?” The big question is, could the fungus cause an outbreak in real life? God, I hope not. 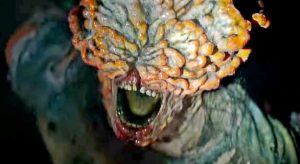 Be sure to tune in for new episodes of “”ast of Us””weekly on HBO Max.

← Prev: How to Capture a Picture with a Blurry Backdrop Using Your Camera Next: Kevin Smith Hosting Q&A At Premiere Of Troma's 'Eating Miss Campbell' →