If you don’t know the name Domiziano Arcangeli you should. Domiziano is an award winning actor, model, director, producer and CEO of Empire Films. He has been involved in over 180 films, including producing and staring in the recently released film The Ghostmaker. Domiziano was born in Venice Italy to an American mother and an Italian father. He inherited his love for art from his grandmother who was an artist. Domiziano broke into the spotlight as a child when he was discovered by renowned photographer Helmut Newton. Soon after he fell in love with the world of film and since has made a name for himself in International, Italian and American films, working with some of the most legendary people in the film industry.

During our interview I was enchanted by his heavy Italian accent. The stories he shared with me about his experiences were fascinating. Domiziano has truly led a life that many would envy. Let me share with you some of our discussion.

CM “Tell me about how it all started.”

DA “As a child I read children’s poetry on a television show. When I was 10 or 11 I was discovered by the photographer Helmut Newton. I modeled for him for a time and I did some photos that were viewed as contraversal. For my first screen test I was called to Rome for the movie Amerika but the movie was never made. I got to act and do stage work on stage number five, which was the largest studio in the world at that time. ”

CM “When did you move to the states?”

DA “I moved to the states for good in 2000 but I always had a huge relationship with LA which I consider my home. I was always visiting back and forth since I was a baby. My mother lived here, had friends here since I was a child. I kept visiting through out the years when I was a fashion model.”

CM “What type of roles are your favorite to play?”

DA ” I enjoy mysterious, intriguing roles the most. Complex characters that challenge me as an actor.”

CM “You’ve been involved with so many films. If you had to choose, which two were your favorites?”

DA ” I’ve worked with so many wonderful people and been involved in so many wonderful projects but I would have to say Samurai Avenger The Blind Wolf, directed by Kurando Mitsutake . I played a bad guy who in one scene has to kill a little girl, which was a little hard for me. I almost felt guilty about it. I also enjoyed working with Mickey Rourke in the film Francesco directed by Lilliana Cavani, the story of Saint Francis. I was only a child then but it was a great experience. ”

CM “Please tell me about GhostMaker.”

DA “The GhostMaker was the first movie I produced. It reminded me of the style of old Italian films. The special effects came out great. Playing a drug dealer was a good challenge. I like to play those dark parts that are so opposite of who I really am. I was pleased with how the movie came out, we all worked really hard on it. The story is about three friends and a machine that turns you into a ghost for a time then brings you back.The machine seems to bring out the worst of those who use it. ”

CM  “Can you tell  what you’re working on now?”

← Prev: An Interview With A Walker Next: Zombie Apocalypse Vodka "All The Buzz Without The Bite" → 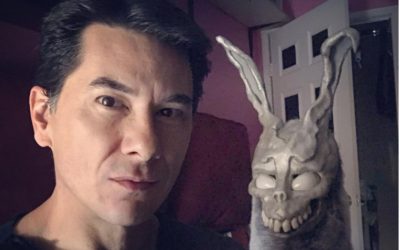 James Duval's face is one you'll recognize; after all, he's appeared in over 150 series and movies. We watched his... 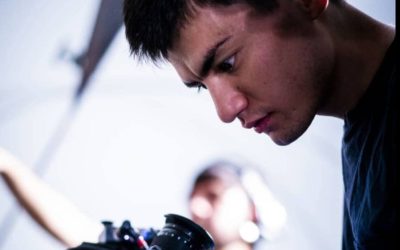 Born in Afghanistan, Ali Akbar made his way to Canada where he studied Film Production at Toronto Film School. He has...