Midnight Snack by Terry M. West is book five in West’s collection, the “Single Shot Short Story series”. I’m a big fan of short stories, generally speaking, and I was curious about the “late night exit” which would lead to a “hellish back road”. That could mean anything! I was especially curious about the odd diner on the cover of the ebook, so I picked it up with no small amount of eagerness.

In this highly-acclaimed horror novelette by Terry M. West, Calvin Winslow is an unhappily married man who takes a late night exit and finds a hellish back road.

This story is just one of the dark tales featured in West’s critically-acclaimed collection, WHAT PRICE GORY. Midnight Snack is part of the Single Shot Short Story series which adds exclusive story notes and bonus content that you can only find in the Single Shot Story Series.

This book was a fun, quick read. I’d recommend it if you have some time to kill on a long commute or if you need something satisfying to peck at when you have a few moments for a book. The main character, Calvin Winslow, is a terrible, unhappily married man. His only redeeming quality is that the narration of his thoughts is fairly amusing. In fact, I may have spent the duration of the story hoping that some horrible creature rose out of the depths of Hades to devour him. The good news is that you don’t necessarily have to like a character for the story to be compelling or for a book to be good, which is why I would give Midnight Snack a rating of 4/5. The writing style is interesting and sufficiently descriptive, the characters are unique albeit not my favorite in the world, and the ending of the book was satisfying, though it didn’t result in Calvin’s destruction.

If you’re looking for something short to read that is as vicious as it is satisfying, check out Midnight Snack by Terry M. West. It’s a stand alone in the series, so if you haven’t read the other books you aren’t missing out. 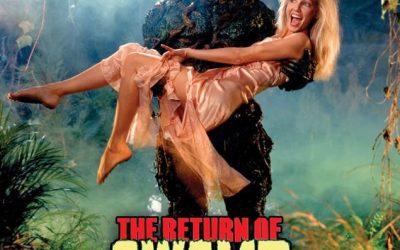 Our good fiends over at MVD Entertainment are set to unleash a ghoulishly gorgeous new 4K upgrade of Jim Wynorski's...