Patrick (Blatz) is helping Father Conway (Lang) restore a mental hospital that was closed in the 70’s after a fire gutted most of the building.  When Patrick’s friends find out they think it’s the perfect place to throw a party. Teenagers, drugs, alcohol, and place filled with bad mojo, what could go wrong? After the teens play a game of “Light as a Feather, Stiff as a Board ” things begin to go very bad. Patrick’s little brother, Rory (Ormsby), begins to show signs of possession. After the building’s lockdown mode is triggered, the teens are trapped with an evil entity pulling the strings.

‘Exeter’ is a non-stop thrill ride into the world of the supernatural. This movie has so many twists and turns that you are guaranteed to stay hooked. I was very impressed by ‘Exeter’. The young cast are fantastic and really do sell the horror of their situation in the film perfectly. The special effects were on point and the set, ideal for a horror film. I have to say, ‘Exeter’ is the best possession film I’ve seen in a long time. The twist at the end is a brilliant move that you will never see coming. Honestly, there is not one negative thing I can say about ‘Exeter’. ‘Exeter’ is a modern horror classic in the making.

This one horror movie that you have to see, lucky for you, it’s out on DVD and is now on Netflix’s streaming service.

← Prev: Romero's Aftermath Has A Shaky Start Next: The X-Files Trailer Is Here And It's Out Of This World → 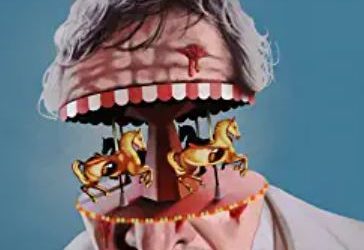