Minstrel’s Bargain by Richard Ayre was a book I’d been wanting to read for quite a while. Richard has three books to his credit, the most notable of which to our readers here at Horror Fuel is Bad Neighborhood, the multi-author horror anthology I put together with the help of a Kickstarter campaign last year. With that said, going in I was only loosely familiar with the author’s work, and wasn’t quite sure of what to expect from something which promised to be “heart-pounding pulp horror”. In recent years, “pulp” has been a catch all term, and the book description didn’t give me much to go on. With that said, I know from personal experience reading and writing Richard’s work in the past that he’s an excellent writer, so I was optimistic despite the sparse description. After-all, the cover was creepy enough.

Reporter Phil Sturgess is intrigued by an up and coming rock band. Their music is hypnotic and has a strange power over its listeners.

But then terrible things begin to occur – Macabre, bloody killings and horrific suicides.

As the city is drawn into violent chaos Sturgess must make a choice.

Fight or flight. Heaven or hell. Live or die…

It will be a Devil of a decision.

My professional relationship with the author aside, this is a wonderfully disturbing book. There are few books in recent years that I think really earn the right to use “pulp” in referencing its content, the term takes back to the days of classic grindhouse flicks, but Minstrel’s Bargain is one which truly delivers. There are creepy moments, there are eerie moments, and then there are incidences where people hack each other to bits with whatever they can find nearby. It is an absolute must read for horror fans who are sick of reading watered down releases from bigger named authors who have forgotten their roots in dismal, disturbing fiction that instill a real sense of dread in the reader with just a few words.

I loved the character creation and development in this one. It made it that much more frightening when characters were placed in peril or were at risk in some way. Even minor characters (killed sometimes in horrific ways) were fleshed out sufficiently for the reader to grow a bit attached. (Though there were often plenty of indicators that things were about to go amiss. The foreshadowing is very strong in this one. It actually proved very effective regardless because the deaths were at times incredibly random, so you never saw exactly what was coming down the pike for a particular character.)

Grab Minstrel’s Bargain by Richard Ayre on Amazon for only $0.99 at the time of this posting.

← Prev: Critically Acclaimed Horror "BASTARD" Hits DVD In The U.K Next: New Line To Remake The House At The End Of Time → 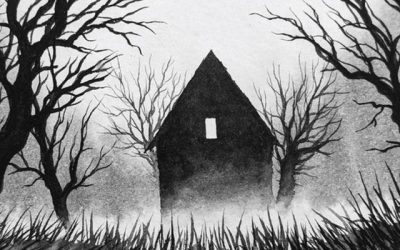