A simple contest on June 10, 2009 by the internet forum Something Awful created a modern and unique monster.  The contest challenged people to take everyday photographs and make them appear paranormal.   Complete with comments from faux eye –witnesses, forum poster Victor Surge used images of groups of children and inserted a man.  This man was tall, thin, white-faced and wearing a dark suit with a red tie.  As this man stood ominously over the children, a phenomenon was born.

Slenderman was not developed from ancient myths, or fairy tales.  He is not found in a book and merely brought to life via media or film.  This man is a wonderful piece of modern folk-lore.  Generations from now, Slenderman will be included in the cannon of horror along with gremlins, trolls, the boogieman and everything else that goes bump in the night.

One of the scariest things about Slenderman — and it was absolutely intended by his creator — is that his intentions are never known.  Not only is he faceless, but he has no words, no movements, no cause.  Freddy Krueger has one-liners and Nancy; Jason Voorhees has his mother and vengeance; Leatherface has his epidermis masks and an inbred family; Slenderman simply has a drive to terrify…a motive he accomplishes with surgical precision.  This mystery that Slenderman and his motives are engrossed in is the greatest reason for his the nightmares he produces. 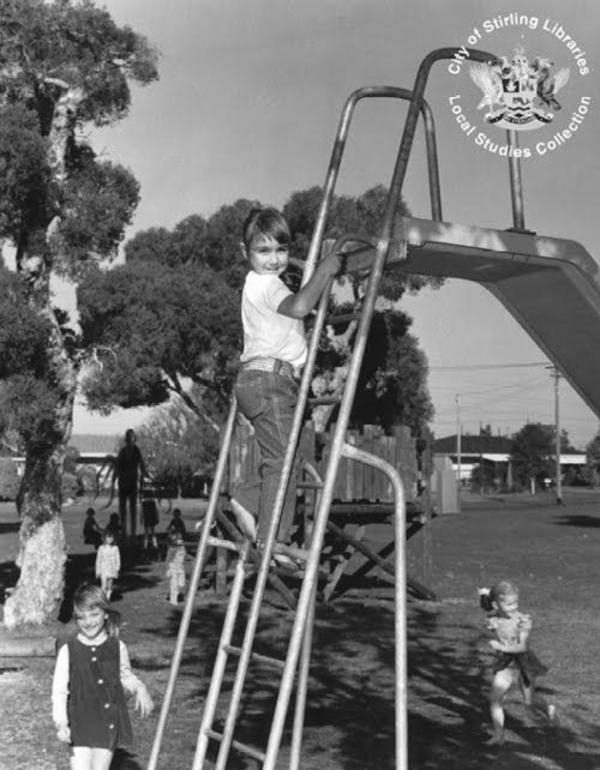 This myth became all too real when the images seeped through the data and monitors into real life in 2014.  Two 12-year old girls in Wisconsin stabbed a classmate 19 times in order to prevent Slenderman from killing their families.  This tragedy is the focus of the 2016 film “Beware the Slenderman”.  Also in 2014, another girl set fire to her house with her family still inside.  In 2015 a rash of suicide attempts in people 12-24 who site that they were either told by Slenderman to kill themselves or they were doing it to protect others.

The legend of Slenderman has been given countless more online pictures and memes, his own symbol to mark where he has been, and sometimes the addition of tentacles (although I personally think he is creepier without them).  He has infiltrated short stories, video games, movies, campfire and sleepover stories, and reality with such overwhelming power that his prodigious influence is nearly as terrifying as his looming body and faceless head.

← Prev: Thankskilling Next: Children Want to be Scared →