Exclusive: BUBBA THE REDNECK WEREWOLF Is Getting A Hair-Raising Sequel

Bubba the Redneck Wolf, based on Mitch Hyman’s comic book series by the same name, has been killing it on Hulu. In a recent interview with Hyman he revealed not only that Bubba is getting a sequel, but he also gave us the exclusive scoop on the details.

The original 2014 film centers on Bubba (Fred Lass), a good-hearted redneck who works as a dog catcher. When his girl, Bobby Jo (Melone Thomas), leaves him for another man Bubba makes a deal with the Satan (Hyman), but it doesn’t quite go as planned. Instead of becoming a better version of himself he is transformed into a werewolf with a new mission, saving his neighbors in Cracker County from Satan.

Part two will be filled with action, comedy, craziness and new characters from the comic book series that we didn’t get to meet in the first film, including two hilarious hitmen, Vinnie and Mook who were the subject of Hyman’s last novel ‘Vinnie and Mook: Hitmen in Paradise‘ (review). In other words, it’s going to be a howling good time.

Bubba II is a possibility now, And the tentative title is “Bubba the Redneck Werewolf #2…And we mean “Number 2!” Thinking a road pic with Satan returning and teaming up with Bubba to handle a global threat. Hot classic cars, Great Race/Cannonball Run style craziness, a few characters from the comic series like “Evil Nick”, we did not use in the first film, Bubba’s kid and two hit men (Vinnie and Mook…(Get the first book at Smashwords to see how they will tie in). I’m kinda fond of the mix. We’ll see..”

If you haven’t seen Bubba the Redneck Werewolf, you should. You can find it on Hulu. Be sure to stop by the official website and snag some Bubba themed gear (I recommend the coffee (review)). We will keep you posted on the sequel. Follow Bubba on Facebook for regular updates and other crazy stuff.

← Prev: RESIDENT EVIL Receives the Reboot Order Less Than Six Months After The Series Ends Next: Universal Unveils New Logo And Details For Their Dark Universe → 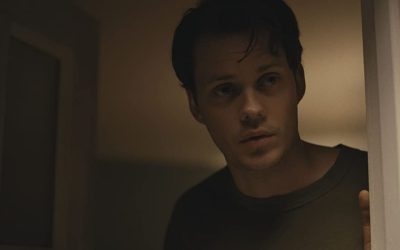