Japan is a unique country because of its ability to embrace the changing world around them while still having hold of its cultural roots. Storytelling, a fixture in Japanese entertainment, evolved over the years and the introduction of motion picture help not only tell stories of the past to newer generations but to outsiders curious about Japan’s culture. One story that’s been told for generations has been seen on stage numerous times and performed at Kabuki venues for as long as many can remember. This tale of betrayal and vengeance from the other world has made an impact on the entertainment industry that it can be said it inspired movies like Ju-On: The Grudge and The Ring, not only is the story famous for its impact on modern Japanese ghost stories but it’s said to be cursed because the vengeful spirit that’s center of the story is real.

The story is called Yotsuya Kaidan, sometimes referred to The Story of Oiwa and Tamiya Iemon. The story was first adapted for the stage in 1825 in what’s now modern Tokyo. The story centers around Iemon a Rōnin (a Samurai with no master), whose fate is sealed the moment he kills his wife’s father (Yotsuya) whose spirit conspires to doom his son in law. In short, Iemon is driven slowly insane after his wife Oiwa accidentally kills herself in a fit of hysteria after learning that she has become disfigured from a poison that was in some facial cream given to her by a family that wanted their daughter to be married to Iemon. Oiwa becomes a vengeful ghost who causes her husband to hallucinate causing him to murder his new wife and eventually Iemon loses touch with reality altogether. At the end, Iemon’s path is crossed by another man whose life has been affected by the same ghostly conspiracy, two flies in a supernatural web. The story has been changed so many times but the summery of the original stage play can be seen here.
The story of Oiwa has been adapted thirty times for the big screen and even has had an anime made about it. The tale is said to be cursed and that in the past that productions have been met with setbacks and the actresses set to play Oiwa have met with either illness or injury during rehearsals for the show. It’s because of these stories, it’s become customary for actresses playing Oiwa to go visit her grave and pray for her blessing as well as the rest of the cast and crew. People even go to just pray to Oiwa asking for luck or wishes. If one does plan on visiting Oiwa’s grave you may be met with this sign. Like any good ghost story, there tend to be some disappointing facts that tend to be left out. When it comes to the tradition done by actresses and production crews, for those of you who don’t know, thespians (people who work in theatre) are very superstitious people, they try to avoid whistling backstage, saying the name of the “Scottish tragedy” (Macbeth) and of course leaving a “ghost light” on stage, the light is there for the “ghosts” that may be in the theatre. In the end, true or not, the story of the betrayed Oiwa has haunted playgoers in Japan for many years and in essence, her spirit has haunted moviegoers for years and will continue to do so as she, like other past Japanese customs, slipped into the modern era from the past. 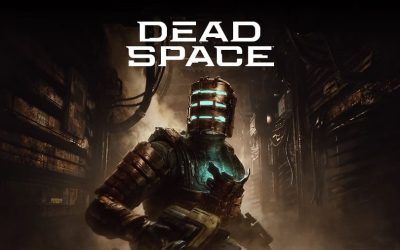 Electronic Arts today has rekindled the fire in fans with the release of a new gaMeplay trailer for the upcoming... 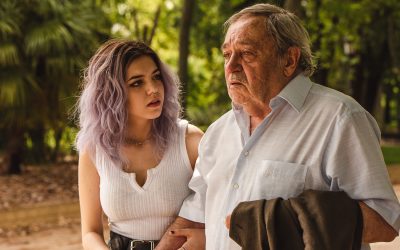