Review Of ‘Remothered: Tormented Fathers’ for Xbox One

The cool hardworking folks over at Darril Arts gave me the opportunity to play the Xbox One version of their awesome horror-stealth game ‘Remothered: Tormented Fathers’ in a previous article I spoke of this. The game is out now on PC but will be out on PS4 and Xbox ONE July 25th.
It’s been a while since a horror game actually spooked me! I would play the game, take a break from it and partially vow to never play again but the story drew me back in because I wanted to see what happens next!
The story takes place in 1970’s Italy and follows a woman named Rosemary Reed who came to the mansion of Dr. Felton to ask about his health while in reality, her true intention is to find out what happened to his daughter Celeste who has gone missing years ago. After her investigation abruptly ends, she breaks into the mansion at night and quickly things get out of hand.

Reed quickly finds herself having to sneak around the mansion while investigating further and if seen, having to flee from a deranged Felton, a mysterious nun in all red who has the ability to control moths, and a mysterious woman named Jennifer.

Reed can use objects to distract these stalking characters to buy her time to sneak away. You get a “defense” item that if grabbed, you can use to strike your enemy allowing you time to escape or hide but the downside is you can only use the defense item so many times before needing to find another one.

Hiding is important in the game, but it’s not always a guarantee, the stalkers may come up to investigate where Reed is hiding (in a closet or under some furniture), you then must control Reed’s emotions by using the right thumbstick to keep the white dot from turning red, if it does, Reed is in trouble!

One ability that I really like and find useful in the game is you’re are able to adjust the camera left or right over Reed’s shoulder, allowing you to be able to see around corners while she stays hidden.
The only complaint I have about the game is the sound. When you hear the footsteps and chatter of the enemy, you can’t really tell where they are as it sounds like they’re right in the room with the player, you can only tell which direction they’re coming from but you can’t tell if they’re a floor above or below you.

If you can’t tell, I really like this game! The story is captivating, the scares are good, the anxiety you feel keeps the gameplay intense. It’s a truly unique story that calls back to the old horror games on earlier consoles giving a nostalgia feeling, admittingly giving me the same angst I used to feel when I played them.
Another facet of the game I enjoyed is the feeling of being in a classic horror/thriller film that used simple visualization to envoke fears of something that could more than likely happen to someone (for example; being chased by someone meaning to do you harm.) And come on, let’s face it, I must not be the only one excited to see the Red Nun cosplays.
‘Remothered: Tormented Fathers‘ is the first installment of a horrifying trilogy in which I’m looking forward to playing the next two! Out of five stars, it’s a 4.5 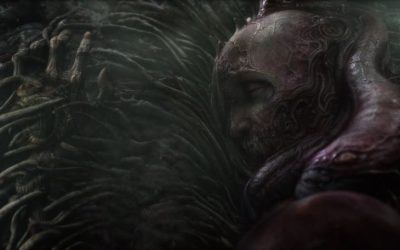 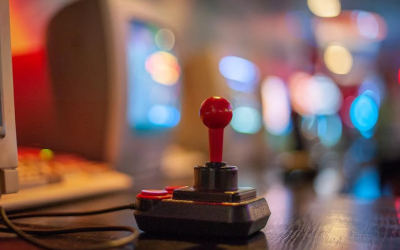