Football is one of the most popular sports in America, there’s just one problem…it’s slow, boring, and repetitive. Worse, the video games are the same! Well, Digital Dreams Entertainment & Nighthawk Interactive have made a game that makes the sport more exciting, “Mutant Football League: Dynasty Edition”.
This game is now available both for digital download and in physical retail form for Xbox One, PlayStation 4, PC/STEAM, and Nintendo Switch. As the name implies, there are no human football players in this game, the rosters are full of the undead, aliens, robots, mutants, orcs, werewolves, and demons. 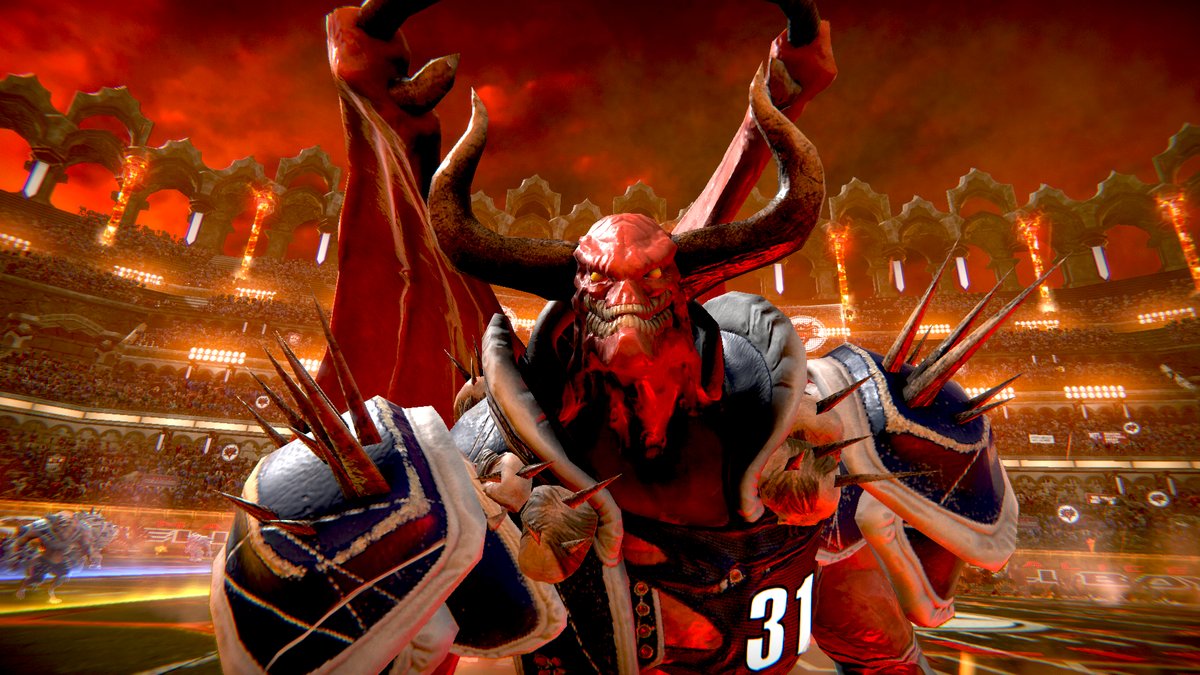 Unlike football, after the whistle blows, the hits don’t stop! That’s right, players will fight after play and sometimes with deadly results and the players are not the only ones able to do the killing, the fields you play on are full of traps as well! 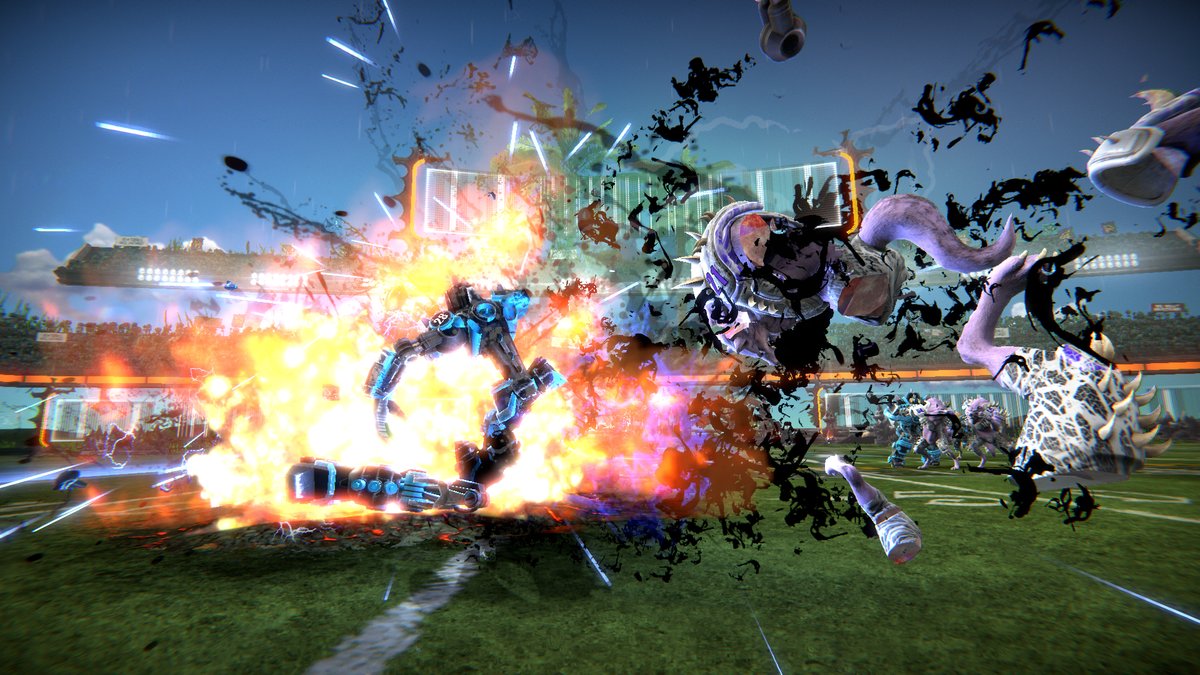 In “Dynasty Edition” there’s a new game mode by the same name, it’s a management mode. In “Dynasty Mode” you’re to take the worse team in the MFL, and make them finish the season on top! You control the roster, pick up new players, make playbooks, and up the stats of some of your star players. 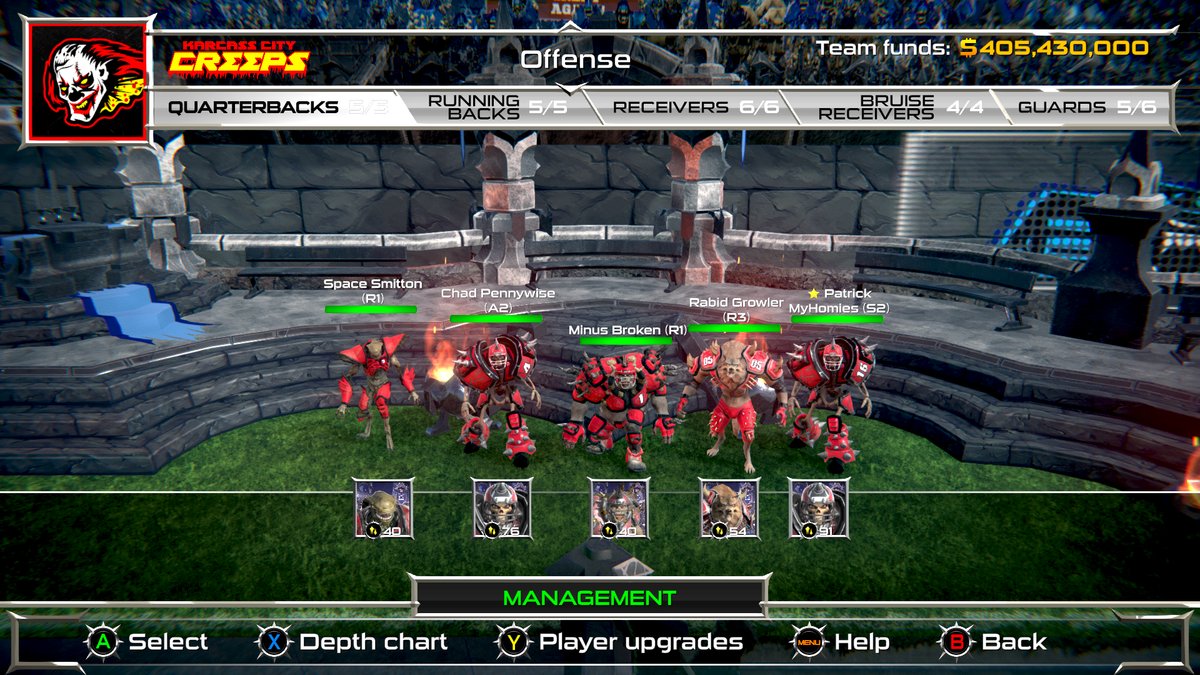 The biggest thing I love about this game is that there’s a “training camp” where you learn the controls and rules of football and you can go back to it anytime you want for a refresher and thankfully, the controls are not as complicated as you would think. 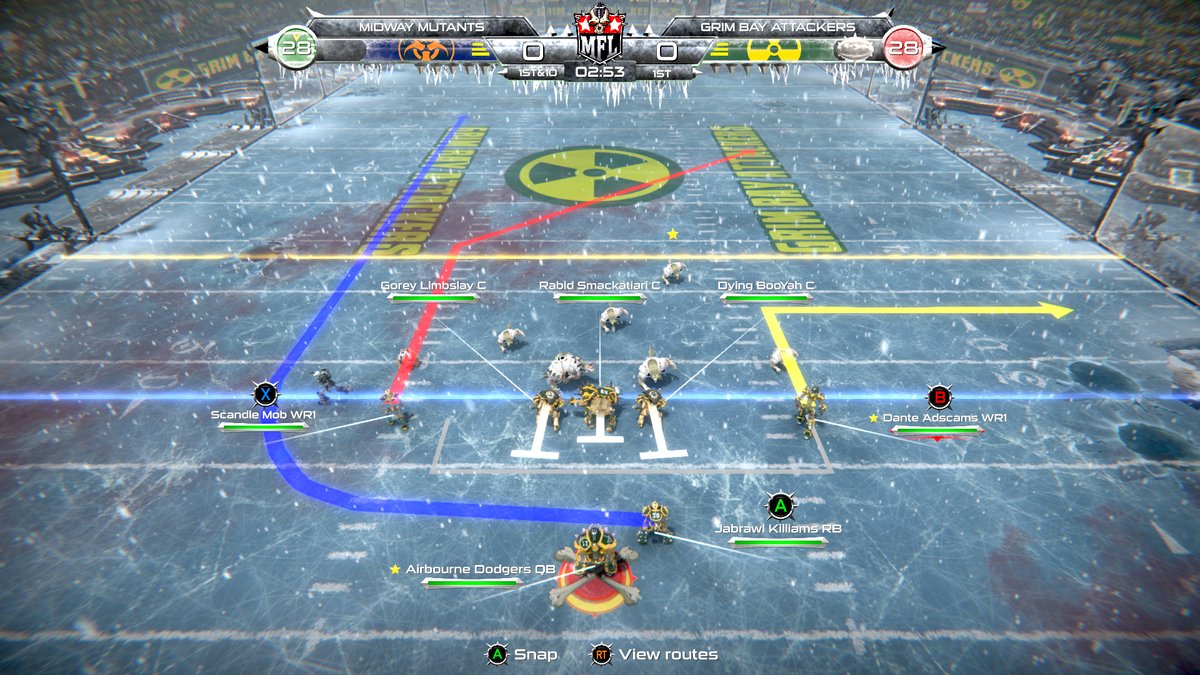 I like the gameplay, you can adjust the difficulty to any skill level you want, so if you’re new to football OR in this case an unconventional version of it, you can play on the easiest settings and have fun turning players on the opposite team into goo. I also enjoy that in the playbook you have an option to use dirty tactics such as arming a player with a chainsaw, packing the football with TNT, bribe refs, etc.
I love the humor in this game, especially the play with words they have with the names of the teams. I should note that even though the game is very cartoonish, it’s definitely not meant for little ones, especially due to some of the adult humor in it (I’ll admit I’ve chuckled at a few things that were said)! 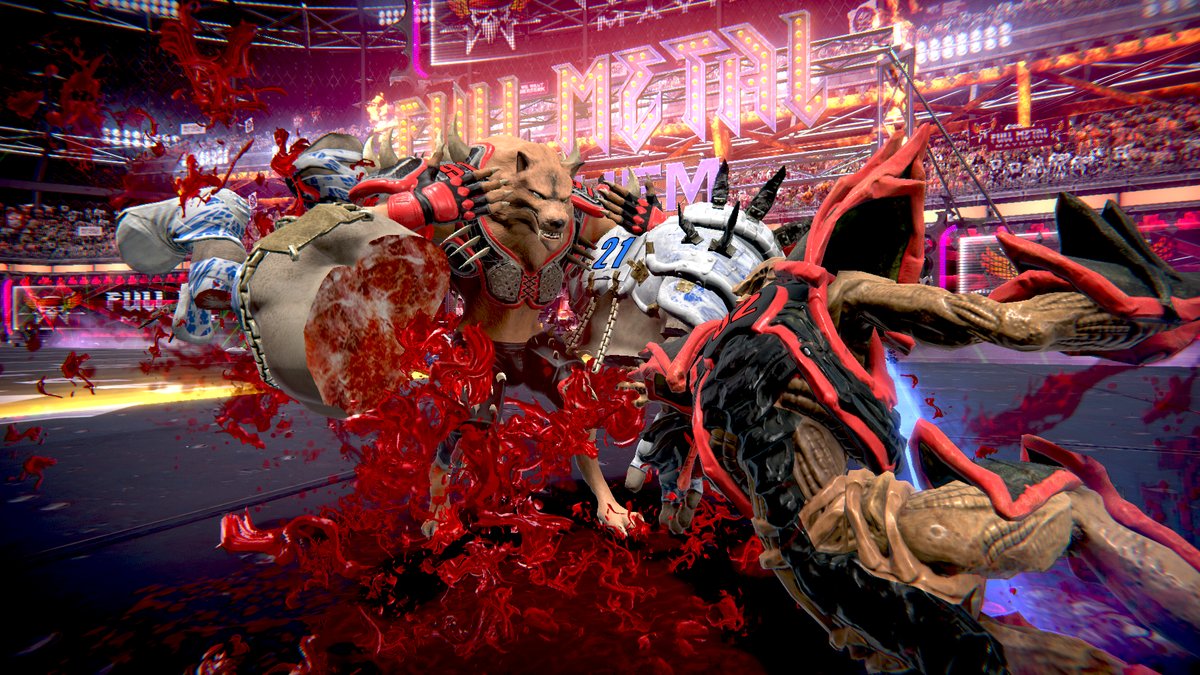 Whether you’re a fan of “Mutant Football League” and already played it, or you have not but want to, “Mutant Football League: Dynasty Edition” is worth the price of admission to a real football game. Play alone or with friends, this game is there when your team is not doing so well this season or you’re a little P-O’d for an embarrassing loss and want to let off some steam. See you on the field! 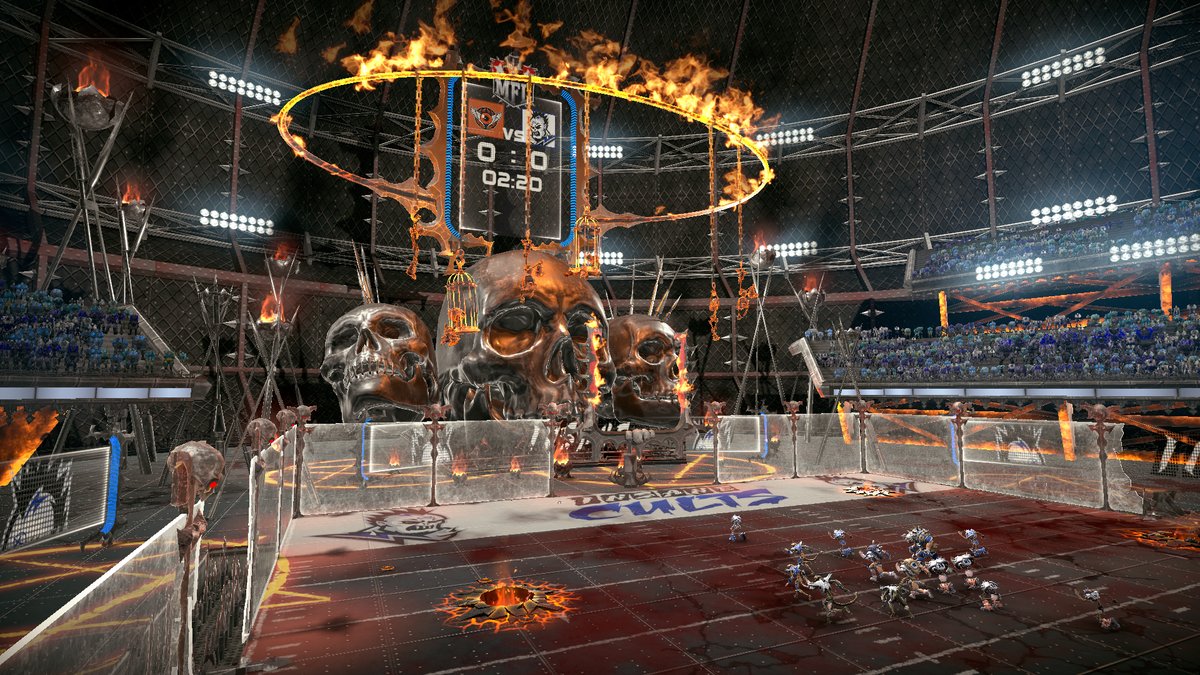 ← Prev: Watch A New Clip Ahead Of Stan Against Evil's Halloween Premiere Next: 'Elves' Unleash Hell This December In The First Trailer For The Sequel To 'The Elf' →