Scientists have discovered the fossilized remains of a previously undiscovered prehistoric sea cucumber species and compared to their modern descendants, these old ones (pun intended) are something out of a nightmare…a Lovecraftian nightmare!

The 430 million-year-old fossil was scanned using 3-D technology and was able to trace out the body and its many tentacle-like legs. It’s believed that these legs were used to help the animal crawl around the sea bed and where covered in a flexible armor. According to the findings that were published by an international team, the creature is being called, Sollasina Cthulhu. 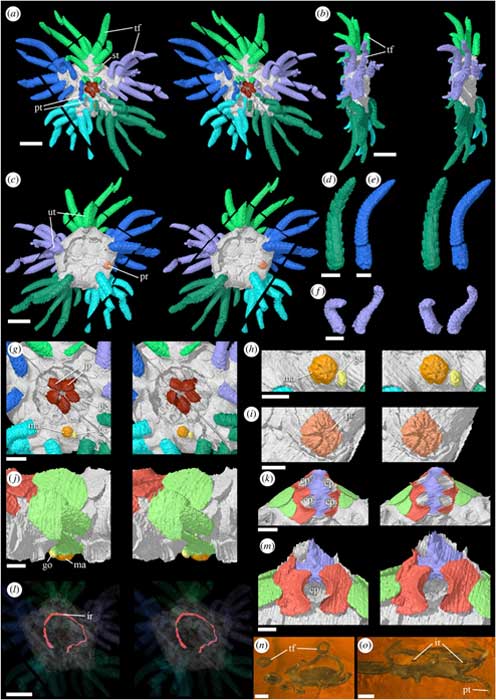 Sollasina’s are a class of prehistoric Echinoderms. Modern and older species in this class share the same traits that they’re armored with a flexible skin that sometimes has spines on them, the most notable modern species would be starfishes, sea urchins, and of course sea cucumbers.

Cthulhu, if you already don’t know, is a fictitious creature created by horror icon H.P. Lovecraft in his 1926 short story, The Call of Cthulhu which spawned many stories by other authors over the years adding to the mythos. The key feature of Cthulhu is that he’s a sea creature with a head of an octopus, thus whenever you see or hear anything Lovecraft, you see images of tentacles. As mentioned earlier, the “tentacles” on the fossil are actually legs. Honestly, if you ask me, this thing looks more like Azathoth than Cthulhu. 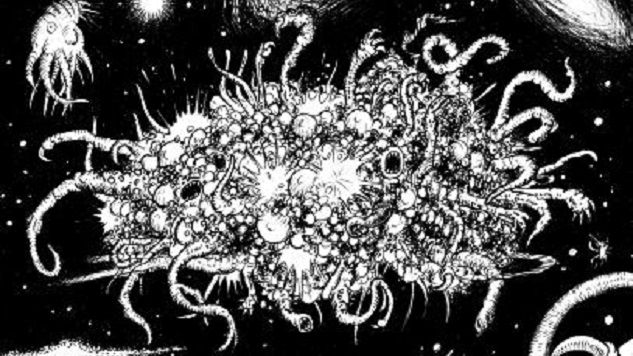