Of course WARNING: Spoilers Ahead!

Miles never existed in The Prodigy

In the 2019 “Bad Seed” horror flick The Prodigy, we’re introduced to a married couple (Taylor Schilling, Peter Moony) and their son Miles (Jackson Robert Scott) who was born on the same night and the exact moment that serial killer Edward Scarka (Paul Fauteux) and throughout the story Miles exhibits signs of becoming more and more possessed by the killer where it’s revealed at the end that Edward successfully takes over Simon’s body meaning he’ll continue killing.

While the story acts like it’s about a tug-of-war for Mile’s soul, the way it was shown says otherwise. The theory is that Miles was not himself from birth but Edward. How did I arrive at this idea? Well, Miles (Edward) was advanced since birth mentally; he was smart and was able to talk at an early age meaning that his mind and spirit were that of a mature adult from the get-go. 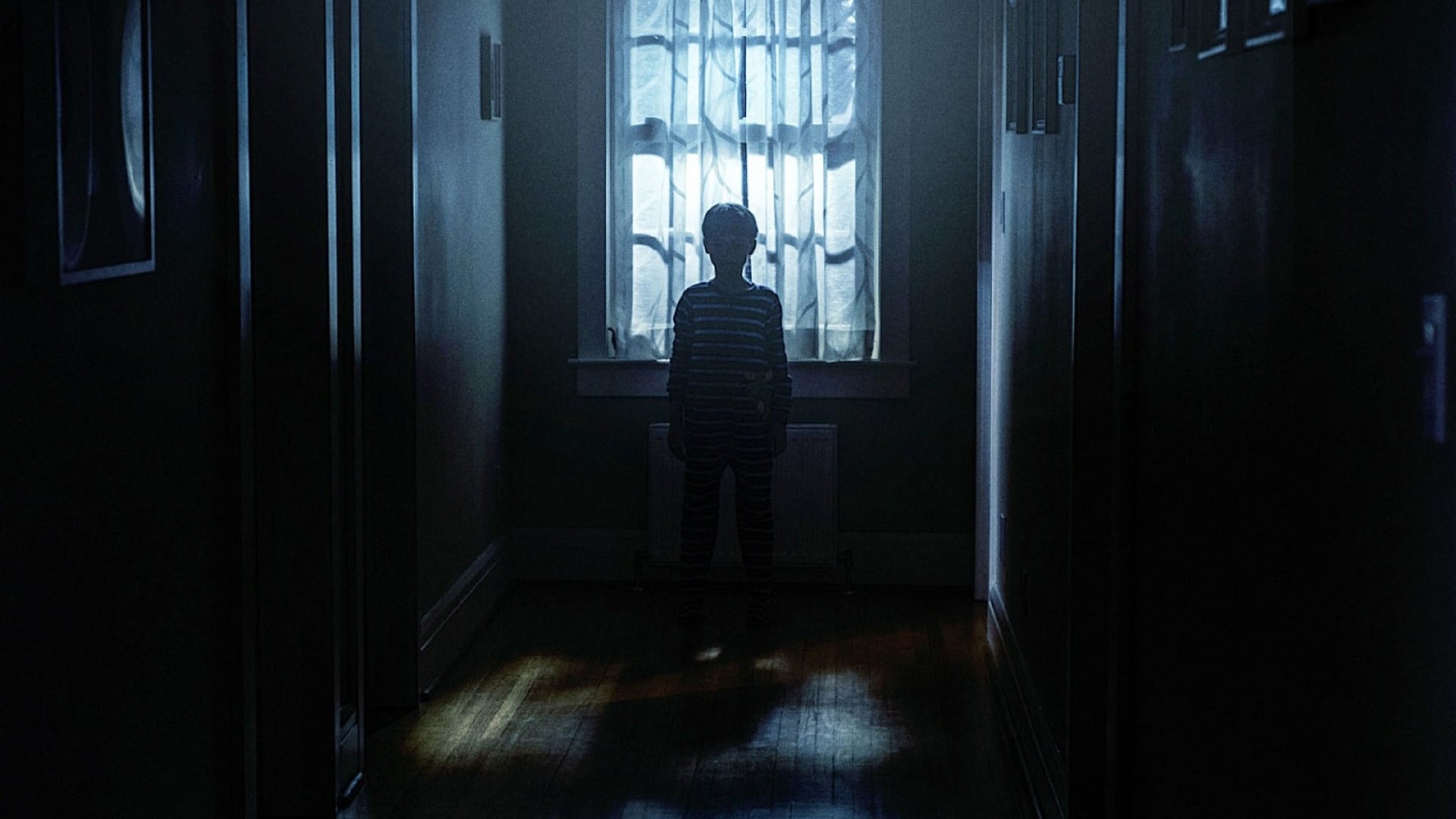 Also, you can’t ignore the fact that Edward was a serial killer, meaning he’s cunning enough to figure out how to hide in plain sight and could flip the switch, so to speak, at being Miles and his true self which he shows that at the end of the film. You might say that he admitted to the mother at the end that he took over Mile’s body after one point of the story BUT again he’s a serial killer who is sadistic and wants his victim to suffer as his MO shows in the film so why not a little mental torture, making the mother think that there was a Miles but not anymore even though Miles never existed in the first place. And finally, it was in the film’s beginning that we saw on the baby monitor that Miles as an infant was able to climb out of the crib and chant the Hungarian spell with his fists on either side of his head summoning Edward’s strength, as seen later in the film. This shows that since birth Miles has always been Edward.

Kate’s fate in The Thing

In the 2011 prequel The Thing, the story’s heroine Kate (Mary Elizabeth Winstead) defeats the last two Thing imitations and sits inside of a snowcat deep in thought before the film ends with how John Carpenter’s 1982 film begins where we already know how things will turn out for Lars and Matias (Jørgen Langhelle, Ole Martin Aune Nilsen), but whatever happened to Kate?

One might think that Kate would go along with the original plan in the story which was to kill the Thing and make way to a Soviet research outpost, but did she? Well, she might have but that’s boring! One possibility is that she did what Childs and MacReady did in the 1982 film and just sat and wait to see what happens next…and most likely froze to death (but then her snowcat would be at the ship crash site when the US research team finds it), OR, given that the video game The Thing is canon to the 1982 film, the company Gen-Inc, the antagonist of the story, may have caught her and took her in to run tests or kill her. 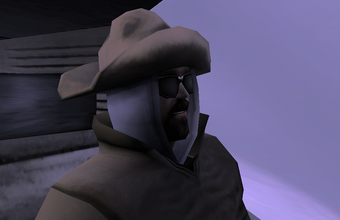 There’s even a theory proposed by the director/writers/producers that Kate might have found her way to the US research station in time to save Childs and MacReady from freezing which is debunked as in the video game, Childs is found frozen to death and MacReady saves the game’s main character.

There’s something worse than the creatures from A Quiet Place 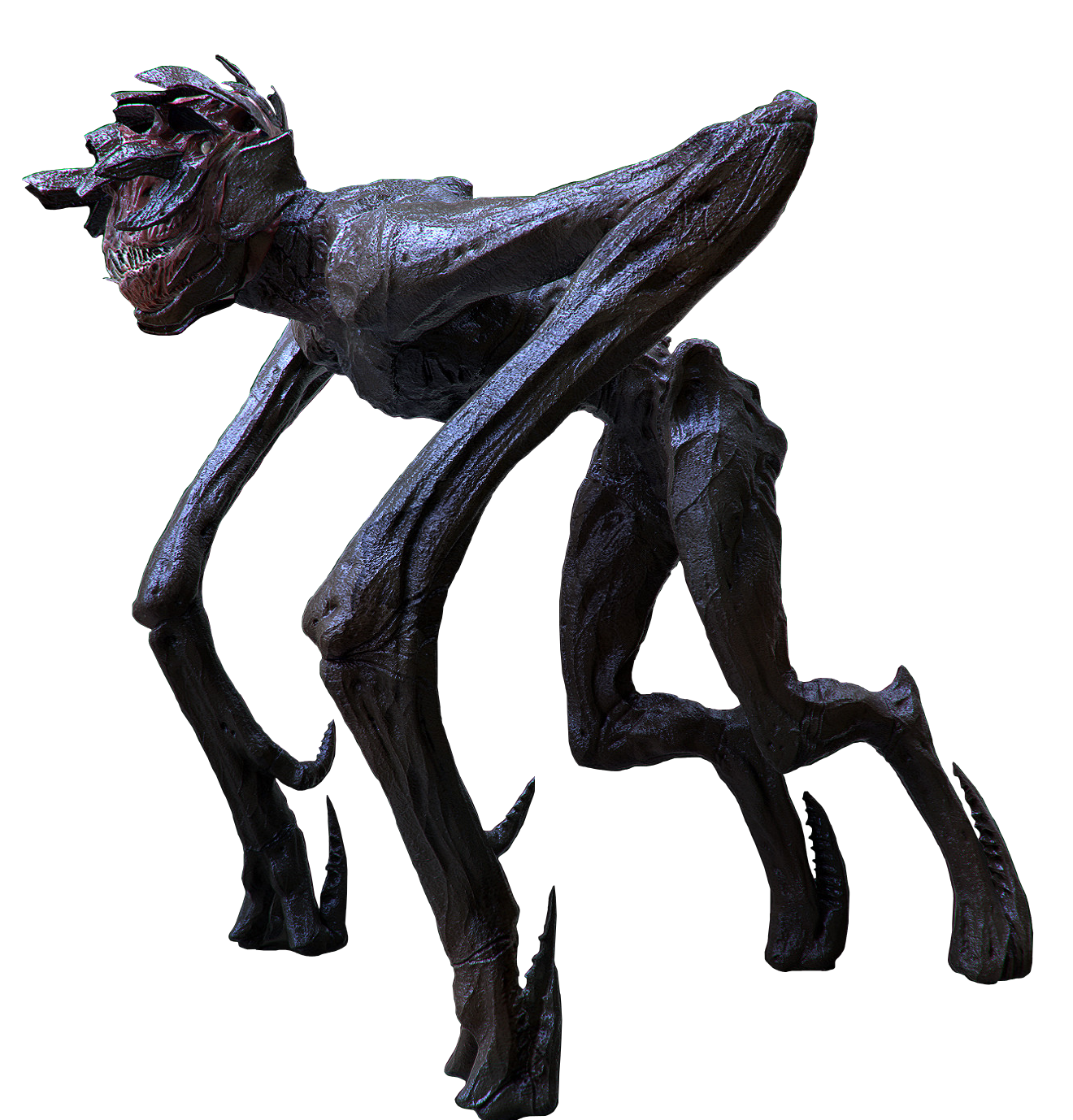 John Krasinski may have held back on the back-story of the creatures from his 2018 film A Quiet Place but he did come up with some lore for the creatures themselves and has since admitted in interviews that they are aliens from another planet, not intelligent ones but equivalent to wild animals. The creatures have no eyes because there’s no light where they’re from, and their tough skin is to protect them which helped them survived when their world was destroyed. That’s where he left it off and that’s where I’m picking it up.

The creatures hunt by sound, pretty nasty by nature, and have armor skin that is bulletproof and pretty much any type of weapon-proof here on earth plus allowing them to survive traveling to Earth. How nature works, in ecosystems there tends to be what’s called an Apex Predator, that’s an animal that hunts and can’t be hunted by a natural predator, the top of the food chain, the king of the jungle. Then you have some animals that have an adaptation that helps them survive their environment and protect themselves from predators which leads me to this…

These creatures are not at the top of the food chain where they’re from, there’s something worse than them on their home planet…or was since Krasinski admitted that their homeworld was destroyed, but could you imagine what kind of creature that would have been?! Judging by the creatures themselves, they were most likely hunted by something way larger than them, just as fast, a powerful bite force with (As Tim would put it) nasty big pointy teeth!

Miles is the Wendigo in Wendigo

In the 2001 film Wendigo, a family stays at a cabin in New York where they feel a dark presence residing there. The son Miles (Erik Per Sullivan) experiences hallucinations of the Native American cryptid known as a Wendigo, which seems to be causing misfortune for the family.

At the end of the film, it’s implied that the Native American shopkeeper, who told Miles the legend of the Wendigo along with gifting him a small figurine of the creature, is the Wendigo. I, on the other hand, don’t believe this as my theory is Miles was the Wendigo! 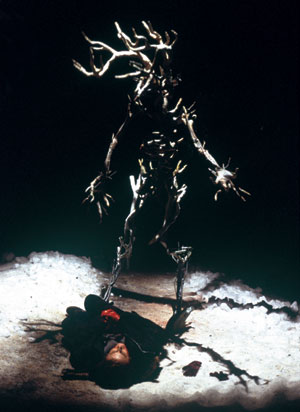 I came to this conclusion because whenever anything involving the Wendigo happened (the visions) it’s usually Miles who sees it and whenever Miles sees the Wendigo he passes out and time passes meaning that he may have done things as the creature while he was blacked out. The start of the visions all happens the same day Miles learns about the creature from the shopkeeper which leads me to believe that possibly the storekeeper is in control of the creature’s spirit as a dark shaman and uses Miles as a vessel for the Wendigo.

Aberline becomes a Werewolf after The Wolfman

At the climax of the 2010 remake The Wolfman, Inspector Aberline (Hugo Weaving) confronts Talbot (Benicio del Toro) in his Wolfman form where Aberline becomes wounded. The end of the film shows Aberline looking to the full moon while clenching his wound and in the final shot you hear a howl of a Wolfman.

It’s no surprise that the film wants you to believe that Alberline subsequently becomes the next Wolfman who will go on to terrorize the citizens of London but the film did something that was either a sort of historic Easter egg OR a work of storytelling genius that flew over many people’s heads.

The character Francis Aberline is based on real-life Scotland Yard inspector Frederick Abberline. In the film, Talbot taunts Aberline by bringing up that he could not catch Jack the Ripper so how could he solve the crime involving the Wolfman. In real life, Abberline played a big role in the investigation into Jack the Ripper and even came up with the theory that the killer might have been a woman.

So how does this fit in with my theory? Well, the film The Wolfman takes place in the year 1891 and judging by how people are dressed for the period, it looks like it’s in fall. Historically, Abberline retired from the police force in February of 1892 after falling out of love for police work but for the film’s Aberline, he probably left because he could not balance his life as a police officer in London and being a Lycan.

With crafty editing, The Witch would have been scarier 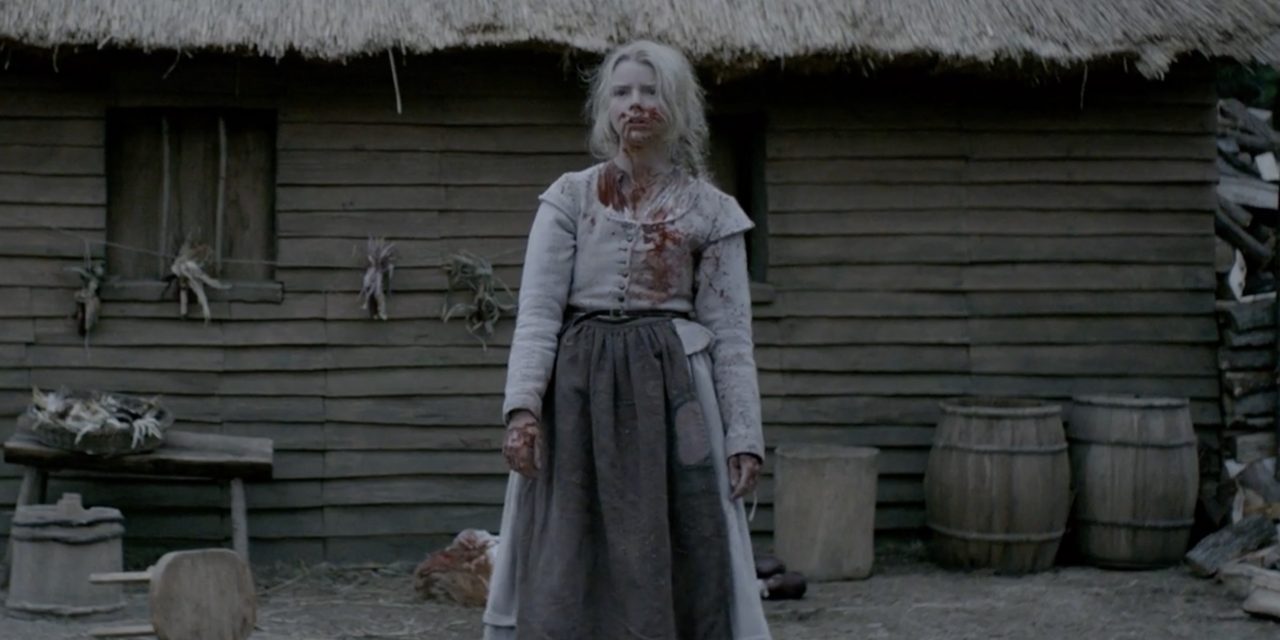 The 2015 film The Witch (also known as The VVitch: A New England Folktale) is one of those films that either people loved it, or hated it. Many including critics praised the film for its atmosphere, historically correct dialogue, and proper use of folklore surrounding witches in the 17th century.

The film follows a super religious puritan family who chose self-exile in the wilderness of New England rather than staying in Plymouth. The decision is quickly proven bad when the family is tormented by a coven of witches and the threat that one of them in the family is a witch as well.

What sets this film apart from some horror films is right from the beginning we are shown that there are in fact witches at work and that we see the different coven members throughout the film. It’s this visualization that made some people not like the film and even has some people saying that it would have been better done in a completely different way.

After seeing the film I could see what some folks meant but I realized that there is something that could be done differently that could make the film creepier and surprisingly there’s not a lot to change. Basically, keep the film as is BUT edit out all the scenes that show the witches, yes even the end where they’re all flying! 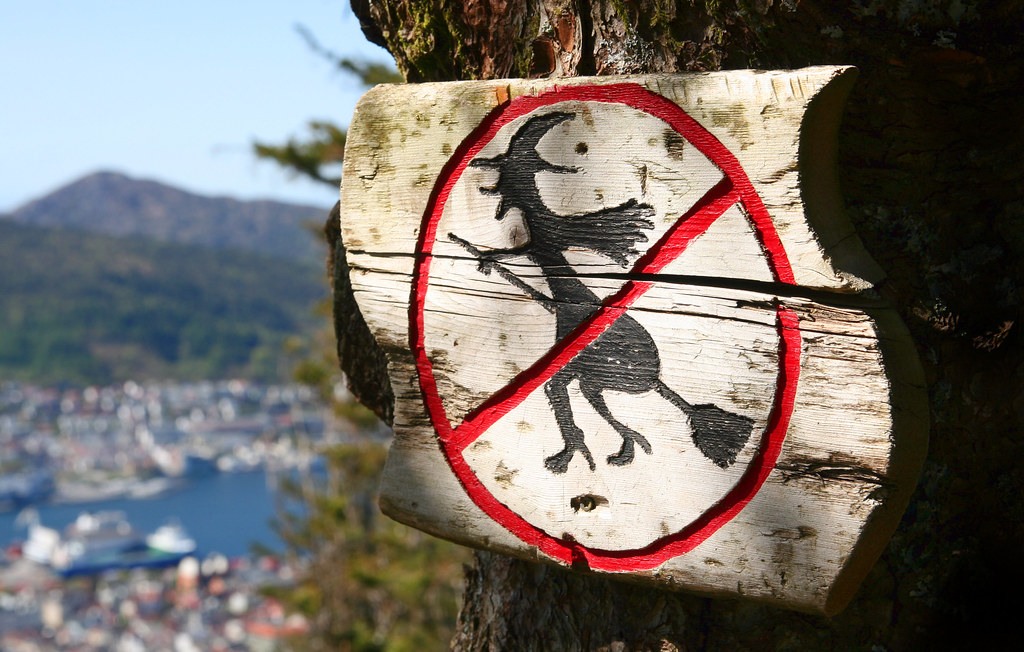 Replay the entire film in your head without the witch scenes and imagine how much of a mind-f*ck the film would be! The whole peek-a-boo scene with Thomasin (Anya Taylor-Joy) and Samuel would have been a lot creepier if we never know the baby’s fate, or Caleb’s (Harvey Scrimshaw) disappearance in the woods and sudden reemergence at the house naked and delirious, and William (Ralph Ineson) being randomly attacked and killed by the goat Black Phillip (Charlie, yes the goat was credited!). Whether you like the film or not you have to admit, the story would be interesting if told in this way.

That’s it for now everyone. I hope you enjoyed checking out these theories and hope to hear back about your thoughts and better yet YOUR OWN horror movie theories!