It’s October and that means it’s time to get into the spirit of the season, and obviously nothing gets you into the Halloween mood better than horror. Unfortunately when it comes to most live-action horror films, there’s only so much that can be done and shown, but thankfully of all things, Anime can cross the line with story, gore, and intriguing storytelling. So for every day this month, I’ll be featuring a unique Anime that fits the horror genre that you can most likely find on any streaming service. Things are getting fishy with the OVA Gyo: Tokyo Fish Attack.

First, what’s an OVA? An OVA is an Anime film or series that’s not broadcast first on TV but instead sent straight to video/DVD and have higher budgets than their broadcast counterparts.

Now onto Gyo: Tokyo Fish Attack (2012). The film centers around a couple that while on vacation, encounter fish with legs that seem to infect people causing them to bloat with gas. The terror continues as sharks rampage through the streets along with other vicious sea life, turning Tokyo into a chaotic zone. 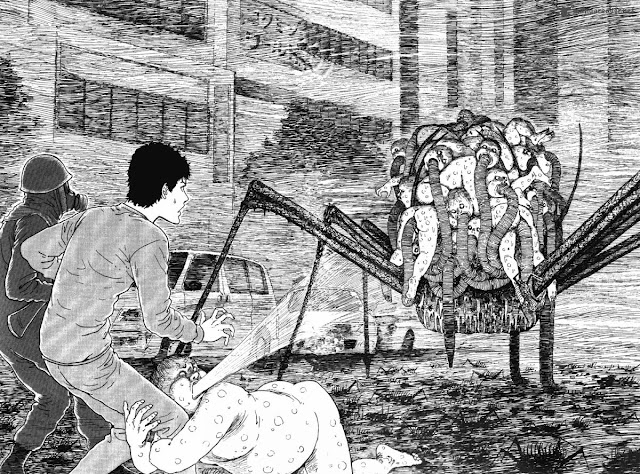 This 75 minute OVA ranks high up there with the creepy factor as the art style, visuals, and overall story are unique and horrifying as it pushes the envelope much like it’s manga counterpart did and showcases the horrific genius of Junji Ito who will appear again in another article!