The Northern Horror Fest will be held July 21, 2021, in Bergenfield New Jersey. The event will showcase independent horror/thriller films, one of the films that will be at Northern Horror Fest is the short horror Sanctuary and yours truly was lucky enough to get the chance to check it out thanks to the film’s director Lee Shorten (The Terror: Infamy, The Man in the High Castle)!

Sanctuary follows Olivia (Harumy Tanajara) a young woman who believes she’s receiving warnings about the impending apocalypse by her dead brother by way of coins, all the while trying to convince her boyfriend/husband Thomas (Luke Sykes) the warnings are genuine.

I’m going to keep this spoiler-free as much as possible as I do feel this film is worth checking out. Overall for a short, a lot was shown within that time to fill you in on the background of the character of Olivia and her unseen Brother. I like that the film does a lot of building up towards the end as most apocalypse stories seem to focus more on the catastrophe than the build-up to it.

I felt the role of Thomas was to do the overthinking of what’s happening on behalf of the audience, allowing us to pay more attention to Olivia, who Tanajara’s performance sold Olivia’s conundrum with having old wounds reopened only to have more questions than answers to fill it.

The direction this short went in made me feel satisfied when the ending credits began to roll as from start to finish the story rolled along, told its tale quite simply and without the literal earth-shattering drama, showing that you can tell a thrilling supernatural story with a whisper and not a scream.

← Prev: Short Film Review: A Most Unruly Guest (2021) Next: Re-Evaluate Your Fears In 'Fearless' By Ashley Lister - Book Review → 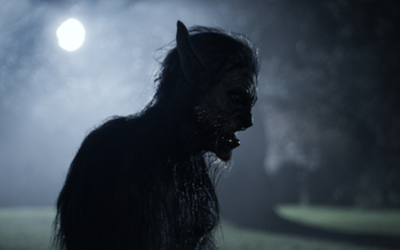 The official poster and trailer have just been unveiled for the upcoming British werewolf film Wolf Manor, which made...