A Look At The New Comic Collection ‘Halloween Horror Box’ 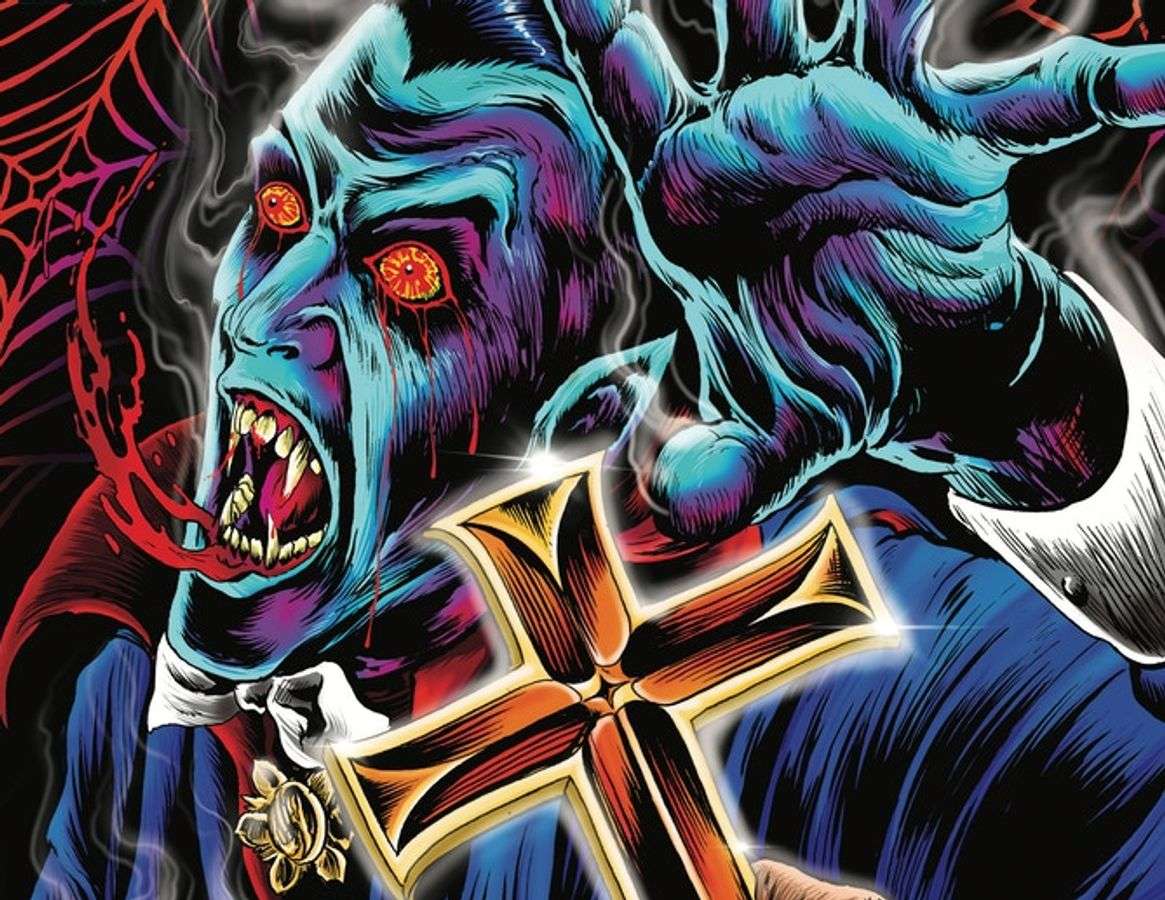 Asylum Press has announced that the Kickstarter campaign for the new comic series Halloween Horror Box, has officially met its goal and is continuing to pick up steam. The first stretch goal (of $3000) has also been met which is an 8.5×14 2-sided promo poster for Vampire Macabre #1 to all backers.

These titles each feature Kickstarter exclusive covers that include NSFW “naughty” Covers by Frank Forte, Jason Paulos, and Edu Menna, Metal covers, and a cover illustration by artist Skinner for Vampires: Halloween Special #1.

Stretch Goals include two 2-sided promo posters for Vampire Macabre and Zombie Terrors and more to be announced.

Vampire Macabre: Halloween Special #1
(W) Frank Forte (A) Edu Menna, MoraMike, Frank Forte (CA) Aly Fell Asylum Press brings you a horrific blood-thirsty collection of all-new vampire tales featuring an international cast of artistic talent. Frank Forte and Edu Menna deliver “Blood Wine” where a con artist dealing in bootlegged vintage wine gets his comeuppance from an elder statesman of the sanguine. In “Red Moon” a young woman tests her desires against a hipster rock star who has a dark secret, illustrated by MoraMike. In “Marked by the Beast” we delve into the life of a vampire servant who desperately wants to be a creature of the night by Frank Forte. And lastly, we introduce “NOSFEROTIKA” – a vampire queen whose lust for blood and the sins of the flesh knows no bounds. A must for all vampire fans!

Asylum of Horrors: Halloween Special #1
(W) Frank Forte (A) Frank Forte, Pablo Alvarez (CA) Aly FellThe Halloween Special! The inmates at the Asylum bring you a new breed of haunted horror. This anthology features 4 stories from some of the best horror writers and artists in the industry. In “She-Wolf” by Pablo Alvarez, a fantastic medieval monster hunter warrior crosses paths with a young werewolf and his mother. In “Mutanza” by Frank Forte, a mad doctor finds new horror in his experiments. Plenty of creep, gore, and twists for fans of horror comics old and new.

Zombie Terrors: Halloween Special #1
(W) Frank Forte, Timothy Bacon, Brian Quinn (A) Frank Forte, Timothy Bacon, Brian Quinn (CA) Aly Fell Asylum Press brings you a giant flesh rotting collection of all-new zombie tales, featuring an international cast of artistic talent. Dwayne Harris brings us “Recluse” where an old man living in a cabin in the woods thinks he’s prepared for the zombie apocalypse, but nothing could prepare him for the bite of a recluse spider turning him into a creature of the undead. Timothy E. Bacon delivers “Zombie Panic” – in a post-nuclear future, a man tries to evade a horde of the Walking Dead. But they may not be as dead as they seem. “Abomination Dead” is written and Illustrated by Frank Forte. Brain Quinn writes and draws a zombie tale of feudal Japan entitled “Kowai.” An amazing horrific collection for the Halloween reader!

EEEK!: Halloween Special #1
(W) Jason Paulos (A/CA) Jason Paulos
The Halloween Special! Three brand new tales of Halloween and horror madness from the twisted mind of Jason Paulos. This retro-style anthology of horror tales is guaranteed to satisfy your need for creep and gore. In “Death Wears Hotpants,” a cocktail waitress is in for an appalling surprise when she finds out her new boss has an inkling for all things Satanic! “The Green Fairy,” tells the tale of a failed artist who indulges too deep in the elixir known as absinthe, when a sexy succubus appears before him, his life takes a dramatic turn, but is it for the worse? EEEK features short tales of terror that will send chills down your spine!

I’m very excited to be working with an amazing array of talent for this book,” explains creator and publisher Frank Forte, “this collection will arrive just in time for the Halloween horror madness!”

Head over to the Kickstarter and check out the fantastic artwork and perks for the new comic. 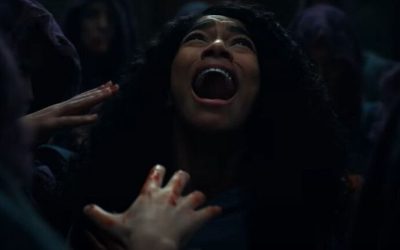 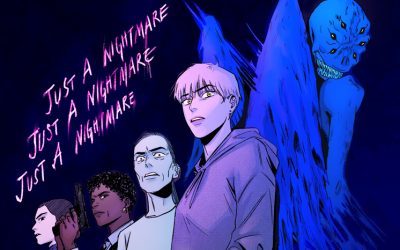