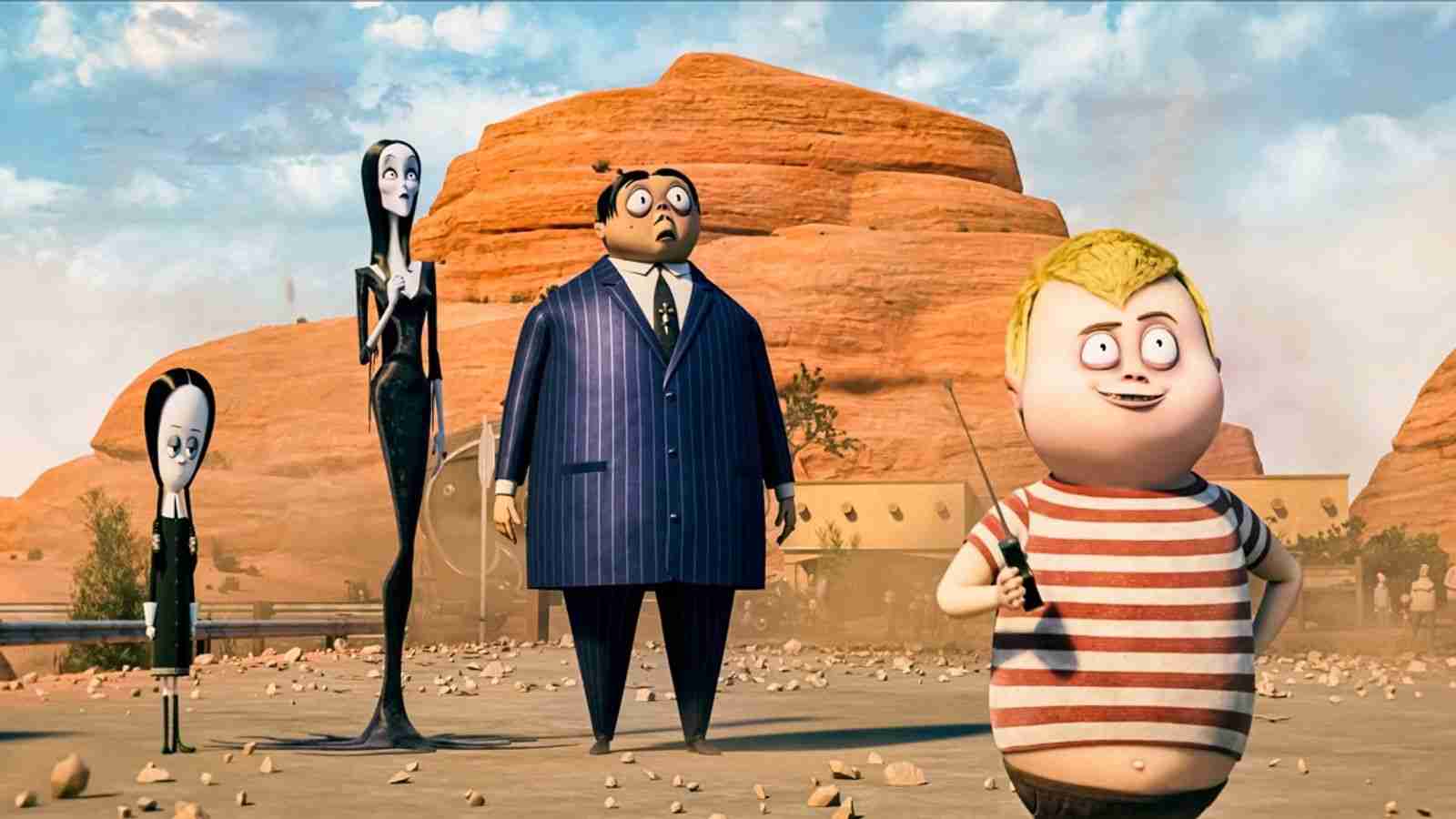 We’ve got a new explosive clip from the movie featuring that little rascal Pugsley during the family’s stop at the Grand Canyon.

In the sequel to 2019’s movie, “We find Morticia and Gomez distraught that their children are growing up, skipping family dinners, and totally consumed with “scream time.” To reclaim their bond they decide to cram Wednesday, Pugsley, Uncle Fester, and the crew into their haunted camper and hit the road for one last miserable family vacation. Their adventure across America takes them out of their element and into hilarious run-ins with their iconic cousin, It, as well as many new kooky characters. What could possibly go wrong?”

Greg Tiernan returns for MGM’s The Addams Family 2 to direct along with Conrad Vernon.

← Prev: ‘Paranormal Activity: Next Of Kin’ Trailer Takes Us To Amish Country Next: New Trailer For British Horror ‘Barun and the House of the Cliff’ →