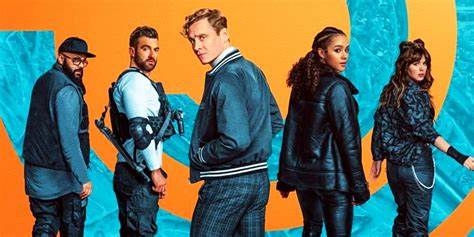 This past May Netflix unleashed Zach Snyder‘s action-packed zombie flick Army of the Dead (review), now Netflix has just announced the sequel’s official title, Planet of the Dead.

The title seemingly confirms that the zombie virus has spread since the team went on their mission to retrieve the cash. In the final moments, we saw Omari Hardwick’s character Vanderohe survive Las Vegas, or so we thought after he boards a plane and release he’s been bitten. We were also left not knowing the fate of Matthias Schweighöfer’s Ludwig Dieter.

The real adventure would be to see what happened to him when that safe door closed,” Snyder teased. “Did he get killed by Zeus or not? What happened? We don’t see him die on camera, and there’s still some time left. I won’t tell you what happens in Army of the Dead 2 — aka Planet of the Dead — but let’s just say that there’s a chance Dieter survives. And there’s a chance that brush with death would have caused him to want to find a jailed Gwendoline.”

In the prequel small-town bank teller, Dieter gets drawn into the adventure of a lifetime when a mysterious woman recruits him to join a crew of Interpol’s most wanted criminals, attempting to heist a sequence of legendary, impossible-to-crack safes across Europe.

Army of Thieves is directed by Matthias Schweighöfer from a screenplay by Shay Hatten. Producers are Deborah Snyder, Zack Snyder and Wesley Coller of The Stone Quarry, and Schweighöfer and Dan Maag of PANTALEON Films.

That’s not all, not only is the prequel headed your way on Friday, there’s also an anime spin-off series titled Army of the Dead: Lost Vegas, which will chronicle the origins of Scott and his rescue crew during the initial outbreak in Vegas.