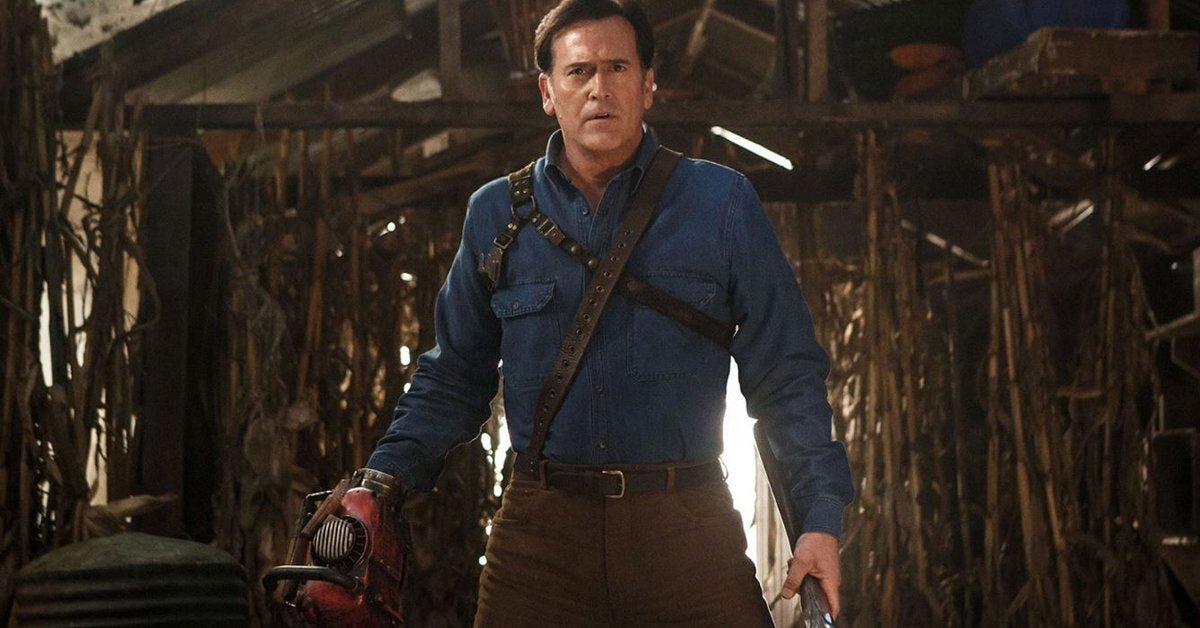 Earlier this month we reported that Evil Dead Rise had wrapped production. We now have an update courtesy of oh so groovy producer and franchise star Bruce Campbell. During a recent interview with a german horror site, Campbell revealed new plot details.

It’s [about] a single mom who now has to deal with this book. These days it’s more about the book. That book gets around. Passed along, people try and get rid of it, they try to bury it or destroy it and they really can’t. So this book just keeps popping up, so really it’s just another story of what happens if this book appears in this particular group of people’s lives and how it intersects.”

He continues, “this family is not the same at the end of the movie. They’re gutted. The whole family is destroyed. These people get possessed. Brothers and sisters, sons, daughters, you know. So yeah, it’s a family affair, this one’s a family affair. They’re all related in this one. I think that makes the possession and killing your siblings – things like that, even harder. Because in the original Evil Dead, there was only one brother/sister combo, Ash and his sister Sheryl. The rest were just friends. Now this is all, they’re all related in this household. Much more excruciating.”

Evil Dead Rise, which will premiere in 2022 on HBO Max, is directed by Lee Cronin (The Hole in the Ground) and stars Alyssa Sutherland, Lily Sullivan, Gabrielle Echols, Morgan Davies, and Nell Fisher. Bruce Campbell and Sam Raimi are both serving as executive producers.

← Prev: An Army Of Chuckys Are Unleashed In The Promo For Next Week's Season Finale Next: Movie Reviews: “The Unhealer” and “Human Resources” (Another Hole in the Head Film Festival) →